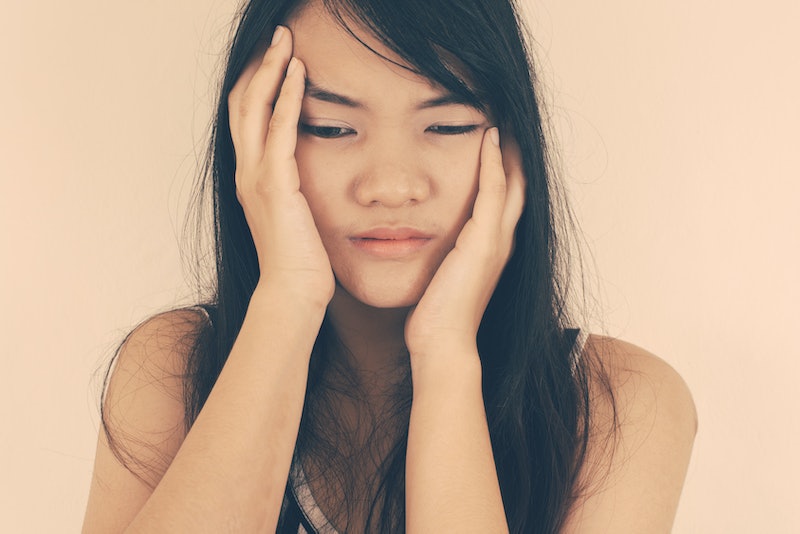 By now, you may have heard the term mansplaining — explaining things as a man to a woman with the incorrect assumption that she doesn't understand — and heard of it in its most common forms. But some things that don't seem like mansplaining, but are, may have escaped your attention. Mansplaining, after all, is part of a set of cultural assumptions that place men's opinions above women's, and these assumptions are everywhere.

Dictionary.com defines "mansplain" as "to comment on or explain something to a woman in a condescending, overconfident, and often inaccurate or oversimplified manner." Rebecca Solnit popularized the term in the book Men Explain Things to Me, which discusses men explaining women's own academic fields to them. Indeed, although mansplaining can occur in pretty much any situation, academic mansplaining is one of the most-discussed forms of the phenomenon; there's even a whole Tumblr called "Academic Men Explain Things to Me" which highlights particularly egregious examples.

But although some behaviors are very clearly mansplaining, others can be subtler — so subtle, in fact, that many people may not even realize they're mansplaining. But just because they're not immediately recognized as sexist doesn't mean they aren't.

Worth noting: This article focuses on mansplaining, but the same principles can apply to any other form of privileged explaining: white people explaining things to people of color, for example, is just as common as mansplaining for the same reasons.

So if you've ever heard anything resembling the following five examples and felt like something was a little off — it's not in your head. It's mansplaining. And it's really not OK.

A lot of us have been in conversations about feminism or social justice and heard someone request to "play devil's advocate" or "see the other side." And more often than not, this person is a member of a privileged group, not the group whose oppression is being discussed. The self-appointed devil's advocate usually believes they're being very edgy and stretching people to think in new ways, when they're actually bringing up an argument people have heard before from other self-appointed devil's advocates and moved beyond already.

Unnecessary, unsolicited advice is pretty obnoxious no matter who gives it, but one common form involves men giving women unsolicited advice on doing "masculine" things, like math or video games. This stems from two assumptions: That the woman doesn't know how to do it already and that she's interested in learning — making it either condescending or just plain tedious.

I've had an experience that I think many women can relate to: I disagree with someone (often a man), decide it's not worth arguing about, and mentally agree to disagree. But they believe it is worth arguing about... because they don't even think it's an argument. They think I just have my opinion because I'm just lacking the necessary information to form the right opinion. Then, if I push back with my own view, they'll proceed to tell me they're "just trying to help" — as if women need help forming their own opinions.

Every week, it seems like there's some new theory about women's behavior, often created by male scientists and often treating women like some sort of mystery. Women cheat, according to one male psychologist, because they're just subconsciously looking for baby daddies. Women are all a bit bisexual, according to another, because evolution designed them to be... so those who say they're gay or straight just aren't, I guess? While explaining people's behavior with science can be informative, people — women in particular — are often subject to explanations that claim to trump their own lived experience, and that makes them mansplanations.