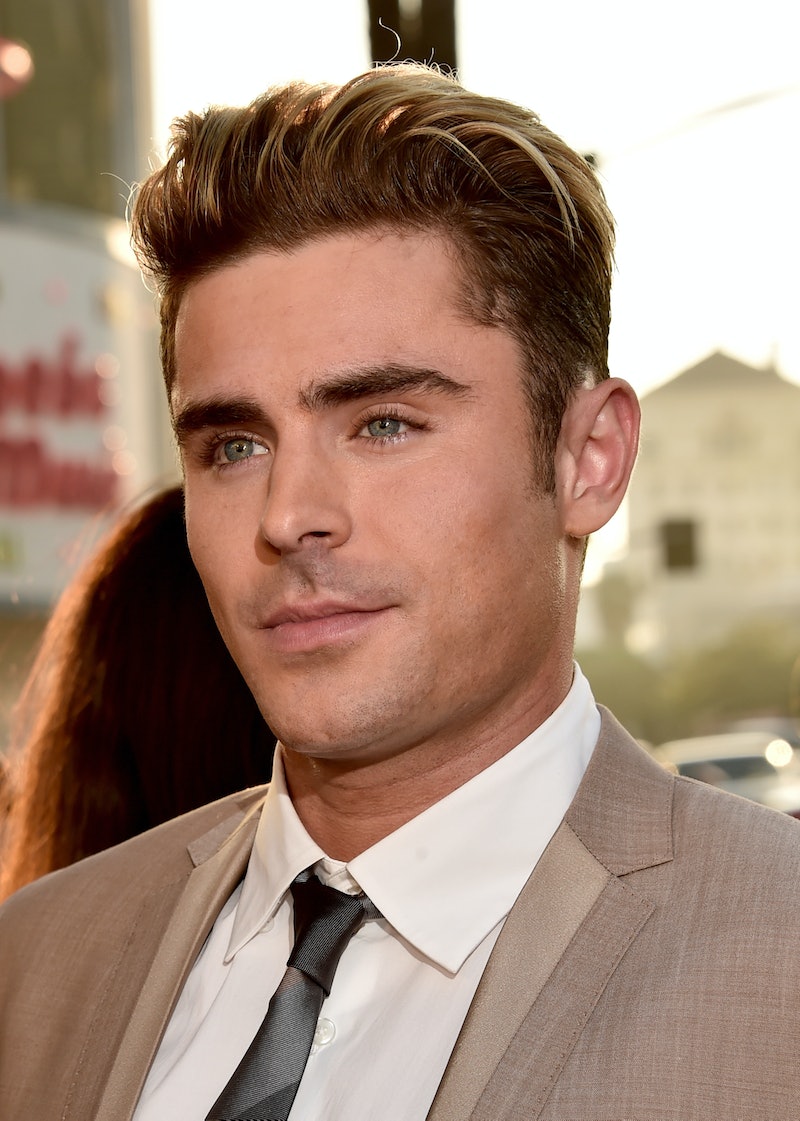 Here's a weird question I never thought I'd ask: Did the upcoming Baywatch remake anticipate one of this year's biggest news stories? Unless you believe in psychics, no, but that doesn't change the oddity of this coincidence. The coincidence I'm talking about? Hint: it has to do with Zac Efron's Baywatch character Matt Brody, and one pretty famous Olympic gold medal swimmer, Ryan Lochte. According to The Wrap, Efron's Baywatch character is a "former U.S. Olympic swimmer, two-time gold medalist and world record holder who becomes embroiled in controversy after committing a crime." Wait, can we reread that one more time? An Olympic gold medalist swimmer involved in some controversy? Sounds awfully familiar, jeah?

At this point you're probably wondering "'Sup with all the Zac Efron Olympic connections" right? Just a few weeks ago the greatest love story of our time — aka, the adorable Tweeting and then meeting of Efron and American gymnast Simon Biles — occurred. Then, there was a flirty connection between Efron and Aly Raisman involving pepperoni pizza over Twitter. Oh, modern romance! We all thought Efron and his Olympic conspiring would end there. WRONG. After the love fest that was Efron and the Final Five, the actor met his Olympic doppelgänger: American swimmer Michael Hixon. I can't figure out what the universe is trying to tell us, but I think it has something to do with sports. If you have any ideas, please DM me.

But here's where things get even weirder. The Wrap reports something else about Efron's character. "To rehab his public image and satisfy the community service portion of his sentence, [Matt Brody] joins the lifeguard squad." It was revealed on Tuesday morning that Lochte would be a contestant on Season 23 of Dancing With The Stars . HOW DID THEY KNOW?!

Baywatch production wrapped in June, so this was before the Olympics ever took place — meaning Brody isn't actually based on Lochte. But it is a weird coincidence, isn't it?