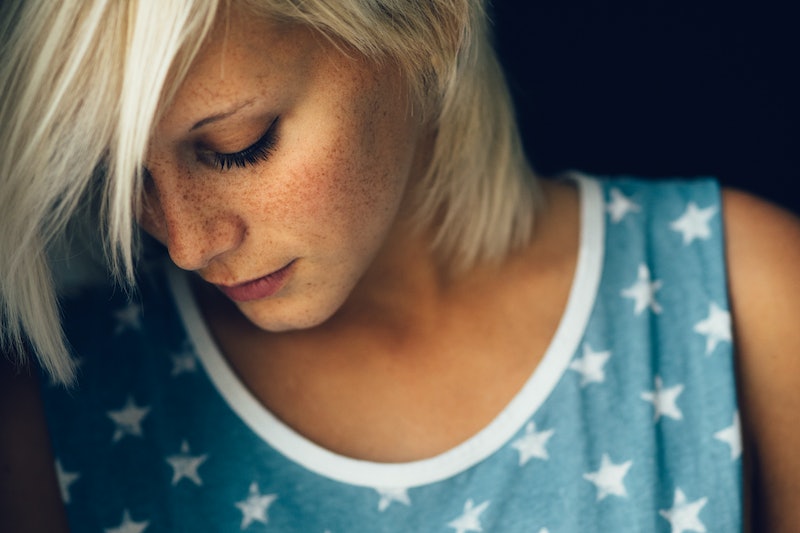 Chances are, you or someone you know are affected by mental illness in a significant way. According to the National Alliance on Mental Illness (NAMI), one in five American adults per year experiences mental illness — that’s 43.8 million people, or 18.5 percent of the adult population. Every year, one in 25 U.S. adults deals with a mental illness severe enough to hinder their ability to participate in “major life activities.” And a lot of people aren’t getting treatment: In the last year, only 41 percent of adults with mental disorders got help from mental health services.

There are a variety of reasons that people don’t receive the mental healthcare they need, but a major one is the stigma that continues to plague mental illness. Widespread misconceptions about how mental illnesses work, how they should be treated, and why people have them certainly don’t help either.

On AskReddit, redditors talked about the stigmas and myths about mental illness that they find most frustrating. Although it’s worth scrolling through the whole thread, there are a few common themes that emerged:

1. People think that mental illness is a choice, and that you just need to “buck up” or “power through.”

As redditor cleanbubble points out, too many people think that mental illness is somehow a choice, and that, in turn, one can simply "choose" to be happy. This mindset perpetuates the harmful myth that mental disorders are symptoms of weakness, and that people who have them lack strength or resolve. This myth ignores that fact that coping with a mental illness in itself requires enormous emotional, physical, and mental resources.

2. People think that if they can’t see you suffering, you must be OK.

Many mental conditions are invisible illnesses, but that doesn't mean they aren't real. People shouldn't make assumptions about other people's health based on physical appearance alone — there are many health conditions (both mental and physical) that aren't visually obvious, but that are legitimately debilitating.

A number of redditors said that a lot of people simply don't seem to understand how medication works when it comes to mental disorders. Some people had experienced others assuming that mental health issues could easily "cured" by medication. Other respondents said they'd gotten the opposite treatment, having encountered people who think that medication is a sham and that mental illness could instead be treated with exercise, sunshine, and healthy eating.

4. People believe that you have to have a reason to be depressed or anxious.

Many redditors argued that a lot of people fundamentally misunderstand disorders like depression and anxiety, assuming that they are simply matters of being sad or worried about specific triggers. What these people fail to see is that these mental conditions can and often do exist separately from external "reasons."

5. They think that people with mental disorders cannot function in society, or that they are prone to violence.

Many people believe that those dealing with mental disorders are incapable of living full, productive lives. This is FALSE. Furthermore, a number of redditors said that they often encounter stereotypes that portray people with mental illnesses as unpredictable and violent (Think serial killers on TV). As redditor burritozen points out, people with mental disorders are actually more at risk of violence than of committing violence themselves. According to the Washington State Coalition for Mental Health Reporting, the "vast majority of people with mental illness are not violent." In fact, research shows that people with schizophrenia, bipolar disorder, psychosis, or other severe mental illnesses are 2.5 times “more likely to be attacked, raped or mugged than the general population.”

6. They believe that mental illness is less important or less real than physical illness.

No one would hesitate to provide medical aid to someone with a broken bone or to take that person's pain seriously. We need to approach mental health conditions in the same way: They are health problems, not matters of personal weakness, and they are as legitimate as any other health issue.

More like this
This Psychological Effect Might Be Keeping You From Hitting Your Goals
By Lexi Inks
The 5 Best SLS-Free Toothpastes, According To Dentists
By Amy Biggart and Danielle Calma
15 Halloween Costumes Inspired By TikTok Trends
By Emma Carey
14 Scary Campfire Stories To Tell Your Friends
By Charlotte Ahlin and Kaitlyn Wylde
Get Even More From Bustle — Sign Up For The Newsletter