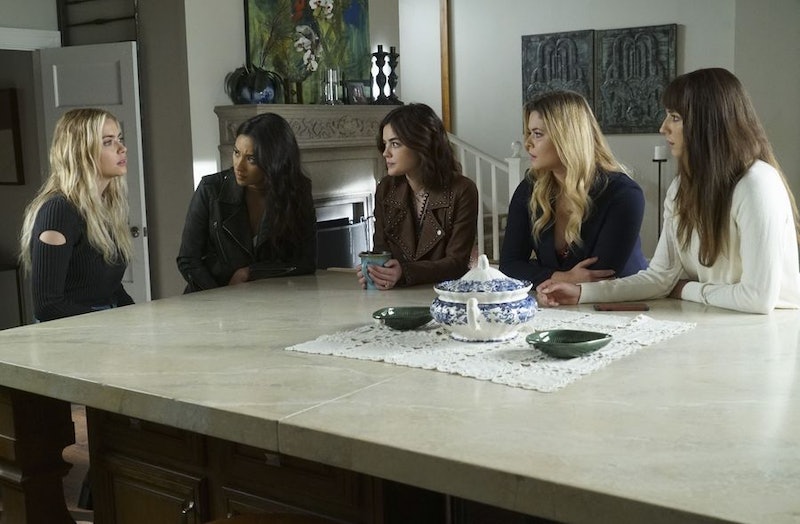 It was with a heavy heart that fans learned Pretty Little Liars is coming to an end after Season 7 earlier this week. Do we even know how to function in a world where this show no longer exists? Well, it turns out that we may not totally be saying goodbye to these beloved Rosewood characters for good... at least, not if show creator I. Marlene King has something to do about it. During a recent conference call with reporters, the question was broached as to whether a Pretty Little Liars movie could still happen even in light of the show itself coming to a close. And diehard fans will be pleased to learn that her response was a resounding "yes" and could very well be set into motion at some point down the line.

"We're very open to finding ways to keep these characters alive and I hope that down the line we find a way to bring all the girls back together again," King stated. "It's such a fun world to play in that we're always keeping those options open." Granted, this is by no means a direct confirmation that a movie will definitely happen, but it's still good to know that it's a vital option nonetheless. And if King is on board, then rest assured, she'd do everything in her power to recruit the rest of the cast that we've come to love.

In the meantime, though, viewers will kind of already get treated to a Pretty Little Liars movie in the very near future since the two hour series finale itself will have a very film-like feel. "The last episode is really going to be treated like a two hour movie," King reassures us. So even if an actual movie was more far off into the future than we'd like due to conflicting schedules or whatever, at least we'll be given double the amount of time we're normally gifted with during the show's final swan song.

Either way, it's still going to be hard to watch a series like this come to a close, but now that we still have the possibility of a movie to hang onto, that should make PLL's departure a little less difficult to swallow... hopefully.