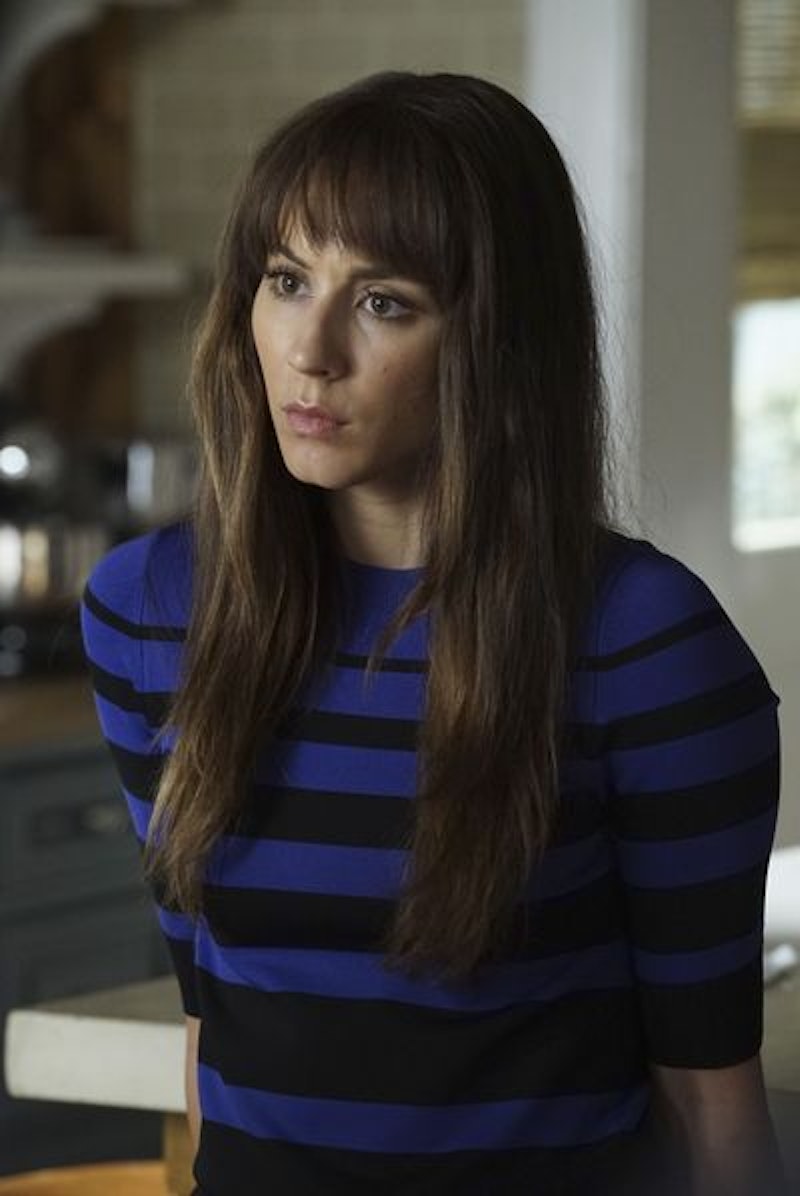 It turns out that the DiLaurentis family aren't the only ones with a few skeletons hanging in their closet. During Tuesday night's Pretty Little Liars Season 7A finale, the writers dropped a massive bombshell on fans by revealing that Spencer is actually Mary Drake's daughter, leaving many completely shocked. Granted, we knew this was definitely a possibility and one that even Spencer herself seemed to contemplate at one point. But I had no idea we were going to be given an actual answer so soon. But now that we have, I can't help but wonder who Spencer's father is on Pretty Little Liars ?

Could he still be Mr. Hastings or was it perhaps someone Mary struck up a relationship with at Radley? And perhaps even more importantly — do Spencer and Charlotte share the same father or was this two different men? Obviously, none of these questions were answered by the end of the hour. However, show creator I. Marlene King recently told reporters that the identity of Charlotte's father and Spencer's backstory would all be revealed in Season 7B, so you won't have to worry about being kept in the dark for too much longer. Answers are coming, and they're coming very soon.

"We'll definitely follow through on both of those storylines," King promises. "We will find out who Charlotte's father is and we will find out how Spencer came to be in her entire family dynamic." Maybe Jessica originally took Spencer into her care, but soon realized that she had one too many kids to look after and decided to arrange a deal with the Hastings family. Maybe she approached Mr. Hastings and threatened to expose their affair if he didn't take the child in or maybe he was obligated to by the court if Spencer really was his biological child. And if that's the case, that would mean he cheated on Veronica with both Jessica and her sister, Mary. (Clearly this guy won't be winning any husband or father of the year awards anytime soon.)

Even if Mr. Hastings isn't the father, that makes the possibilities pretty endless at this point. Is it someone we don't even know yet? Could it be Byron's brother, Scott Montgomery, which would then make Spencer and Aria related? Could it be that Noel's dad, Steve Kahn, was actually her father, meaning she just helped accidentally kill her half-brother? On this show, no possibility is ever out of the question and I can't wait to find out how these events are going to unfold.