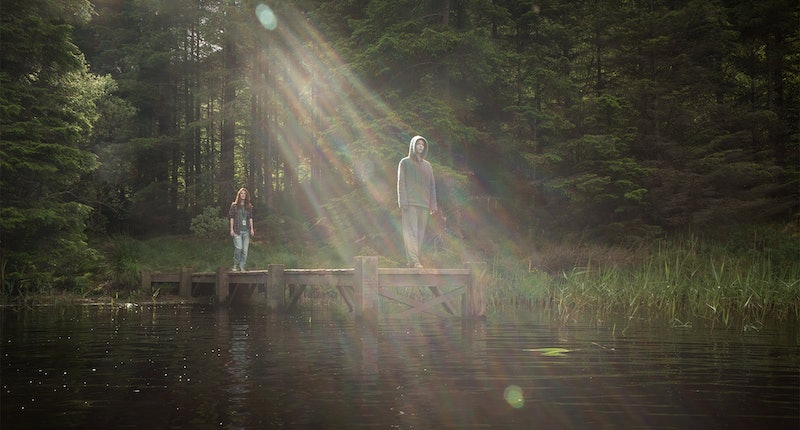 In the film, Morgan develops inhuman strength, and a violent streak to match, so hopefully nothing quite like Morgan will ever happen in real life. But, the science that creates Morgan in the film is actually based in real life. The study of DNA and genetics has advanced to a point where scientists have begun to successfully create DNA and alter genetics. In 2010, a team of scientists successfully created a synthetic, self-replicating DNA. At the time, Craig Venter, one of the leading scientists on the study, said, according to io9, that his team's work would be "a very powerful tool for trying to design what we want biology to do."

Morgan isn't your typical AI model. She's not made of wires and programs, but of enhanced DNA. She's a scientifically created and enhanced human. In other words, unlike other AI figures in pop culture, she has more in common genetically with humans than computers. In an interview with Inverse, director Luke Scott likened Morgan's creation to a "3D printing of genes," a concept in bioengineering he researched before embarking on this film. In that same interview, Scott also revealed that he spoke to a research scientist at Belfast's Queens University who said that a being made of artificial DNA would likely become a reality before a functioning android. If, or perhaps when, a being like Morgan is created, Scott believes it will be by private companies, as seen in Morgan. "The spooky thing is that it actually might be happening," Scott told Inverse.

Of course, it's important to remember that science in real life moves much more slowly than in the movies. Just a few months ago, people were furious that we didn't yet have the hoverboards Back to the Future II had promised us. I still don't have shoes with self-tying laces, or a robot cook in my kitchen. If there's a scientist out there toiling away trying to create their own Morgan, it probably won't come to fruition for a while. Hopefully by then, we'll have seen enough AI-gone-wrong movies to advocate caution.