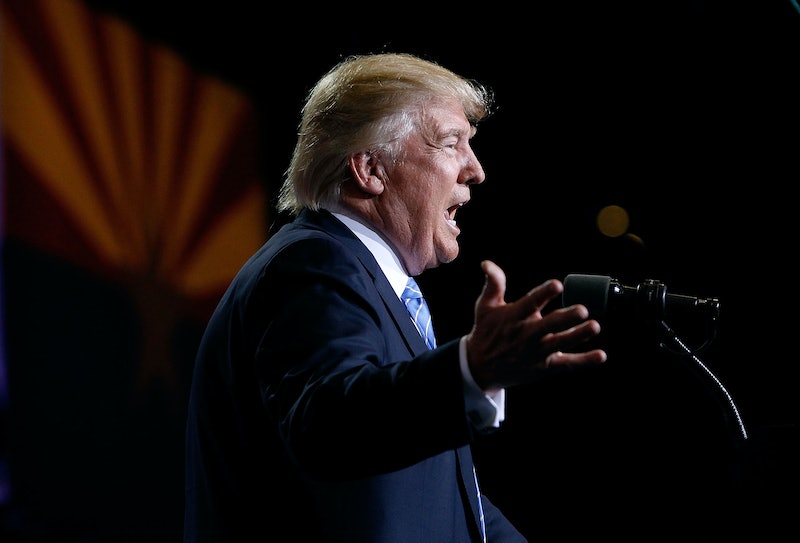 In early August, the Trump campaign said it would set up 24 field offices in the crucial swing state of Florida by the end of the month. Well, it's the last day of the month, and how many offices has Trump opened in the state? Zero, according to a Bloomberg report. And that's a big problem, because Florida is a crucial state for Trump.

Florida is the top-ranked "tipping point" state, according to The New York Times; this means that it's the state most likely to single-handedly decide the presidential election, if indeed the election is decided by a single state. There are a couple of reasons for this, but it essentially comes down to this: Out of all the states that don't reliably vote Democratic or Republican — that is, swing states — Florida has the most electoral votes.

Of course, both candidates would be delighted to put Florida in their column in November. But the state is even more important for Trump in particular, because he faces an enormous structural disadvantage in the electoral college.

In any given presidential election, each candidate starts with a certain number of "safe" electoral votes from states that, barring anything extraordinary, they can assume with near-certainty will vote for them in November. For example, regardless of what else happens in this election, Clinton is most likely going to win California's 55 electoral votes, and Trump is probably going to win Texas's 38 votes. Roughly 40 states, depending on who you ask, fall into this category — they're not in serious contention, and can be considered "safe" by one of the two major party candidates.

If you tally up all of the electoral votes in safe states — and again, there's some disagreement over which states ought to be counted as safe — Clinton begins this election with around 239 votes, just 31 shy of the 270 needed to win the presidency. Trump starts out with only 153 electoral votes.

This means that any given swing state is more valuable to Trump than Clinton. Given that Florida is the most valuable swing state, and that Trump already faces a massive disadvantage in the electoral college, it's going to be very hard for him to win the presidency without it. To look at it from a different standpoint: If Clinton wins Florida, she could afford to lose Ohio, Virginia, North Carolina, New Hampshire, Iowa, Nevada, and Colorado and still become president.

Florida is as close to a must-win state for Trump as they come. The fact that he hasn't set up any campaign offices in the state is nothing short of baffling, and could very well play a decisive role in determining who our next president is.