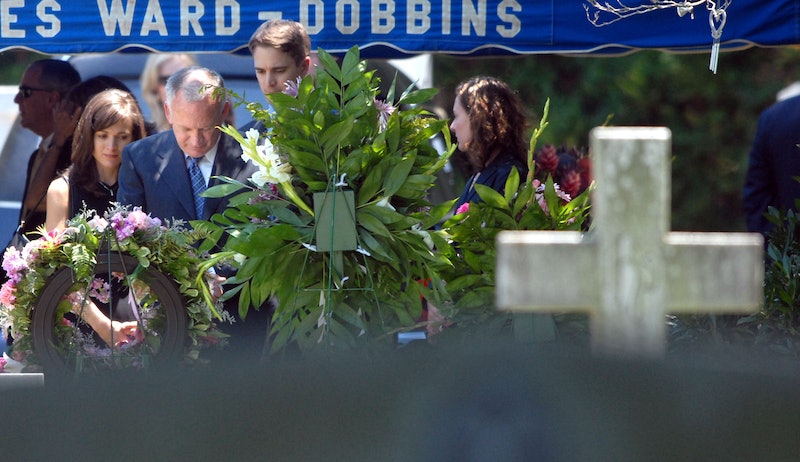 It's been 20 years since the 1996 death of young pageant star JonBenét Ramsey in a confusing home invasion/kidnapping case that took the nation by storm. Millions mourned alongside her parents, John and Patsy, as they tried and failed to find their daughter's murderer. The whole thing was made even more upsetting considering John had already lost a child a few years prior. But how did John Ramsey's other daughter die? It was a simple traffic accident in the Chicago area that claimed the life of Elizabeth Pasch Ramsey, JonBenét's half-sister in 1992, according to the Chicago Tribune. It was the type of death that, while untimely and sad, doesn't warrant national news or a half-dozen revisitations in documentary TV shows 20 years after the fact. But, between the deaths of both daughters, it made the 1990s a very tragic time for the Ramsey family.

When JonBenét was found dead in her family's home in 1996, briefly, Elizabeth's death was reinvestigated. According to the Chicago Tribune, police "asked for copies of autopsy and police reports on an apparently routine traffic accident ... that led to Ramsey's half-sister's death." A writer for The San Francisco Gate claimed that the renewed interest in Elizabeth's death may have been because of "a routine check into all family members" or an attempt to find clues about JonBenét's death. A rep for the Boulder, Colorado police department that requested the reports told the Tribune, "We're just following up on any and all leads in the Ramsey investigation."

But, nothing significant came from the reinvestigation, and the 22-year-old flight attendant's death seems unrelated to her sister's and completely unsuspicious. Between JonBenét's murder and Elizabeth's car accident, this family was incredibly unlucky twice within the span of four years.