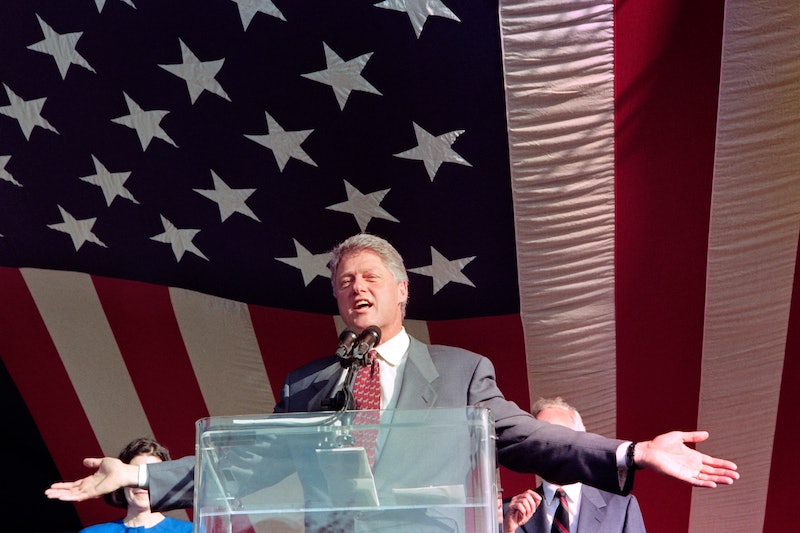 Since leaving the Oval Office in 2001, Bill Clinton's representatives have requested millions in taxpayer dollars under the Former President’s Act, according to a report published Thursday in Politico. Specifically, the requests have totaled some $16 million. The report also noted that the amount Clinton sought from taxpayer dollars is "more than any of the other living former presidents — Jimmy Carter, George H. W. Bush, and George W. Bush — requested during that span." Potentially even more damning for wife Hillary Clinton's presidential run, the Politico report uncovered more questionable links to the Clinton Foundation. "Taxpayer cash was used to buy IT equipment — including servers — housed at the Clinton Foundation," the report noted, along with payments to staff of Bill Clinton's personal office, many of whom overlapped with the staff of the Clinton Foundation.

It makes sense if you feel outraged. Bill Clinton does not need assistance from the taxes you or I pay. He's made over $100 million since leaving the presidency from speeches alone, according to a Washington Post report from 2015. He received a $10 million advance on his 2004 memoir My Life. Both of the Clintons are employed, and Hillary is on track for a promotion that should leave her quite taken care of for at least the next four years (you might have heard about it).

Bill Clinton has access to funds allocated by the General Services Administration (GSA) because of the Former President's Act, which was passed in 1958 to ensure that former presidents don't end up destitute. According to the Politico report, "A Clinton aide said his boss’ use of the GSA program is entirely consistent with the Former Presidents Act."

As with many Clinton controversies, it looks like the Clintons followed the letter of the law, but seemed unconcerned about the optics, especially with the blurred lines between their offices and the Clinton Foundation.

The recent report also raises the question of why we are still paying any former president this kind of money. It is really really easy for them to make money on their own.

In 1958, when the Former President's Act was passed, the American people took pity on poor Harry Truman, who wasn't rich before he became president and was left poor by refusing to capitalize on the presidential brand. He wrote in his memoirs:

I could never lend myself to any transaction, however respectable, that would commercialize on the prestige and dignity of the office of the presidency.

That's no longer the case. Many presidents, not just Clinton, have made cash on the speaking circuit. After losing to Jimmy Carter in 1976, Gerald Ford not only gave speeches, but also sat on the corporate boards of large companies, like 20th Century Fox. Since 2008, George W. Bush has given over 200 talks, each with paychecks of at least $100,000. Carter has published a truly staggering number of books that my dad keeps buying, with sales estimated at over two million copies by The Daily Beast. Barack Obama hasn't left Pennsylvania Avenue yet, but some literary agents expect him to get an advance of at least $10 million when he writes a presidential memoir.

That's what the presidential payout from taxpayers was supposed to deal with. But that's not what we have now. So we're left with three options: