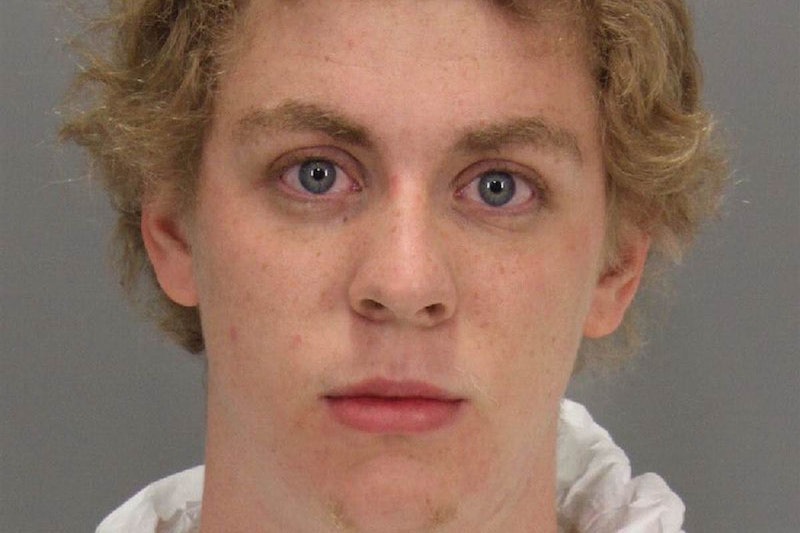 As predicted, convicted felon and soon-to-be registered sex offender Brock Turner got out of jail Friday, after serving three months of his six-month sentence. His case, in which he received a radically lenient sentence from a sympathetic judge, has sparked outrage around the world. It's generated something else, too: calls for mandatory minimum sentences, to ensure that short sentences like this don't happen again.

The demands for mandatory minimums, especially from feminists and people on the left, are chilling me, and they're a horrifying testimony to the power of political expediency. In a single-minded pursuit of "justice," people want to retrench a system that has caused untold pain and suffering. We already know that they are tremendously harmful, as noted by groups like Families Against Mandatory Minimums, and a slew of such laws in the 1990s very transparently targeted communities of color, found the ACLU, contributing to our current racial disparities in the prison system. According to the NAACP, 58 percent of our prison population is Black or Latinx, when they represent only 30 percent of the overall population.

That glaring mismatch is due in no small part to mandatory minimums.

Saying that we need mandatory minimums supports the prison-industrial complex, which feeds on laws like California's AB 2888, which was drafted and passed almost unanimously in response to the Brock Turner case, as Assemblyman Bill Dodd explained in a press release. The bill, which modifies some legal definitions and institutes mandatory minimums for some sex offenses, is currently awaiting the governor's signature.

The thing is that when it comes to prison reform and the rights of prisoners, we don't get to pick and choose. If we decide that prison is bad (which it is), it is bad for all people, not just the ones we like, or the ones we think are redeemable.

It's strange to hear people on the left supporting activities that entrench the prison system, and this case highlights the fact that sometimes the right thing is hard to do. The use of mandatory minimums for drug sentences in particular has been widely condemned, including by no less a legal scholar and governmental authority than President Obama; yet when it comes to rape sentences, the waters get murkier for many people. Suddenly, the conversation about how the prison system is racist peters out, and the discussion about how terrible conditions including poor health care, rampant mental health problems, insufficient nutrition, and prison rape are pervasive in the justice system is nowhere to be heard.

The thing is that when it comes to prison reform and the rights of prisoners, we don't get to pick and choose. If we decide that prison is bad (which it is), it is bad for all people, not just the ones we like, or the ones we think are redeemable. The prison-industrial complex is bad for every human being, from the mass murderer who ate his victims to the serial rapist to the guy who got busted for carrying an eighth of weed.

People proclaim that mandatory minimums prevent crime (they don't) or they ensure that everyone has to serve no matter what (they don't). What they actually do is feed the jail and prison system, and they can have the effect of entrenching disparities. People of color and low-income people (who often overlap) are still likely to be profiled by police. They still can't afford adequate legal representation and are sometimes pressured into making guilty pleas in suspect circumstances, according to Human Rights Watch. They still face judge and juror bias.

That means they're more likely to be convicted of crimes than their white, middle-class counterparts. People like Brock Turner will keep evading responsibility for sex crimes because of the power they hold: If California had, for example, a six-year minimum sentence, which is what the prosecution asked for, would his jury have convicted, knowing that? We don't know, though we do know that one juror wrote the judge a furious letter about the light sentence, as reported by Palo Alto Online.

I speak about this from the position of someone who has been raped, the kind of person mandatory minimum sentences is supposed to make "safer."

I'm a prison abolitionist: I believe that no one should be in prison ever, and that the United States should embrace a model of restorative justice, rather than a retributive one. Research on restorative justice, in which the goal is to attempt to make good on wrongdoing, shows that people are actually generally more satisfied with the outcome than they are with retributive justice. I don't speak about this from the privileged position of someone who finds things easy to say, but hasn't personally confronted them. I speak about this from the position of someone who has been raped, the kind of person mandatory minimum sentences is supposed to make "safer."

Sending my (white, privileged) rapist to jail or prison wouldn't have changed the fact that I was raped: Getting an actual apology, or receiving help with rape-associated health care expenses, or receiving other financial reparations also wouldn't have changed the fact that it happened, but it would have been a positive step forward. I chose not to report because I was terrified of the system, and the stigma, and a number of other factors, but had I done so, I wouldn't have had an opportunity for restorative justice. If the case had even gone to trial, he would have been whisked into the bowels of the prison system, and I would have been left wondering what to do next. I live with the legacy of a thing left unfinished, and I still don't want him to go to prison. Rather, I want him to literally pay for what he did.

Members of the left should be inherently troubled by the prison system, but if they aren't, they should be concerned about the inequalities it breeds and perpetuates. Mandatory minimums might sound seductive on the surface — at last, rapists will be held accountable! — but in fact, rapes will continue to go unprosecuted; rapists will continue to have high-powered attorneys, juries will continue to view defendants of color with prejudice, and the for-profit prison industry will continue to bloom. I want justice for rape too, but not at the cost of social justice.

More like this
34 Quotes That'll Inspire You On Juneteenth & Beyond
By Syeda Khaula Saad and Siena Gagliano
How To Fight For Reproductive Rights, Based On How Much Time You Have
By Courtney Young
17 Powerful Photos From March For Our Lives Protests Across The U.S.
By Michelle Toglia
Juneteenth Is Now A Federal Holiday — Here's What That Means
By Lani Seelinger and Syeda Khaula Saad
Get Even More From Bustle — Sign Up For The Newsletter