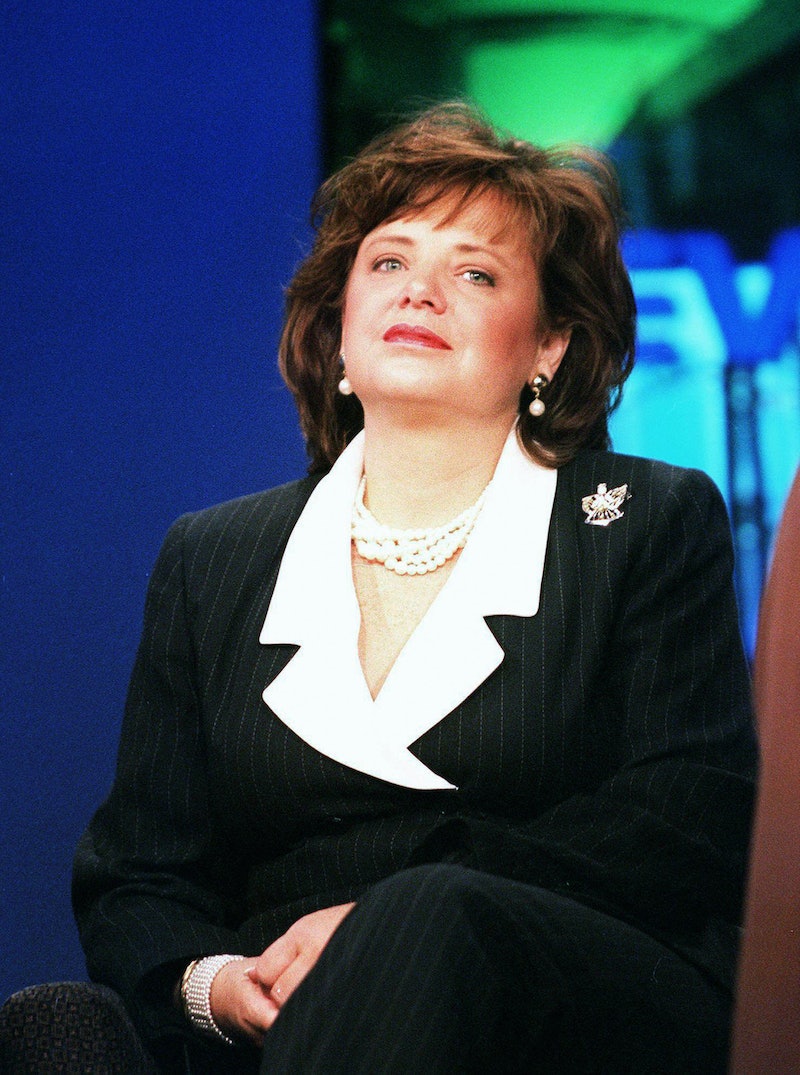 Even though her tragic death was 20 years ago, the murder of JonBenét Ramsey is back firmly in the forefront of our consciousness again, as there are multiple upcoming projects that delve back into the unsolved case. It was vast in scope, and, for that reason, there are many details that we need to catch back up on. One of the more solid pieces of evidence that we have access to is the audio of the JonBenét Ramsey 911 call. Any call to the authorities like this is sure to be hard to listen to, but, because of the unsolved nature of the crime, the age of the victim (JonBenét was just 6 years old), and how we know things ended, this call is particularly haunting.

It's less than two minutes long, but it packs in a lot of emotions. In it, JonBenét's mother Patsy Ramsey calls emergency services, having just discovered that her daughter is missing. The call was made at 5:52 a.m. on Dec. 26, 1996, beginning the series of hours between the discovery of the ransom note and the discovery of the body. During that time, everything is panic and no one knows anything; you can hear in Patsy's voice how terrified she is.

It's all the operator can do to keep Patsy calm while she's pleading for them to hurry. Knowing that JonBenét's remains would be found in the house later that day makes it all the more heartbreaking, emotional, and disturbing.

What's even harder about this call is knowing that it was poured over by police for any clues as to whether Patsy or someone else in the family — the father, John Ramsey, or JonBenét's brother, Burke Ramsey — could have allegedly been at fault for the murder. Every pause. Every choice of words. Even that moment at the end where she seems to have ended the call, but says one thing more: "Help me, Jesus. Please help me." All of it was combed over on a level that must have been devastating for the family, though Patsy said during a 2000 interview with Larry King that, "I think, you know, in every case, parents are always suspected initially, and, at first, we were aghast at that but then we understood that we needed to be investigated."

Tragically, Patsy and the rest of the Ramseys weren't cleared of suspicion until a DNA test in 2008, two years after Patsy's death from ovarian cancer. At the time, Boulder County District Attorney Mary Lacy wrote in a 2008 letter to John, "To the extent that we may have contributed in any way to the public perception that you might have been involved in this crime, I am deeply sorry."

Knowing that Patsy died without the closure of being cleared in the eyes of the public and the law puts an extra punch in the stress in her voice in that phone call.

More like this
Police Never Found Enough Evidence To Charge Sharon Marshall’s Killer
By Brad Witter
Where Is Oscar Torres In 'Only Murders In The Building' Season 2?
By El Hunt
Hayden Panettiere Admits "Addiction" To Alcohol & Opioids Before Going Sober
By Jake Viswanath
10 Must-Read New Books Out This Week
By K.W. Colyard
Get Even More From Bustle — Sign Up For The Newsletter