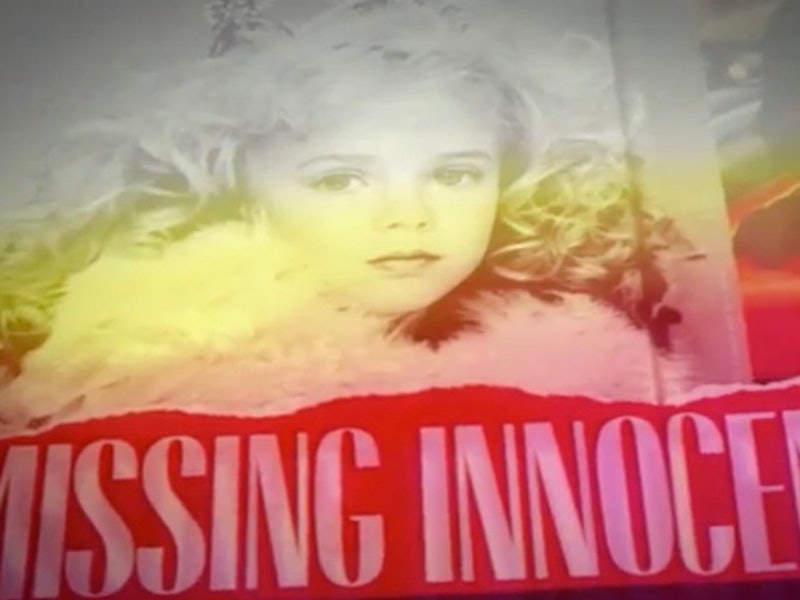 True crime dramas are all the rage these days, so I knew it was only a matter of time before the infamous case of JonBenét Ramsey came to the forefront of everyone’s mind. I remember reading about the murder investigation in horror at the age of nine, shocked to think that something like this to happen to a girl who was only a few years younger than me at the time. And now, here we are at almost 20 years later and her death still remains a mystery. So if you aren't already planning to watch A&E's documentary The Killing of JonBenét: The Truth Uncovered this Labor Day, then you should. Because, unfortunately, this is a horrific part of our world's history. But before you do, I suggest you also consider reading a few books about the JonBenét Ramsey case to help give you a better sense of the facts.

If you happen to be completely unfamiliar with the case, here's a brief summary of facts to start you out with. On the morning of December 26, 1996, JonBenét's parents awoke to find a ransom note for their missing 6-year-old daughter and after calling the police, her body was found in the basement. She had been brutally beaten and killed. No murderer was ever found guilty. Of course, many people have their own theories and suspicions of who they think might have committed this heinous crime, but no proof has ever been presented. That's where this A&E documentary comes in, which will focus on never-before-seen case details and even feature a sit-down interview with JonBenét's father, John Ramsey.

But there's still so much to learn about the overall investigation, which is why if you're looking for a more well-rounded account of the details, give these books a read.

JonBenét: Inside the Ramsey Murder Investigation

As a former lead detective of the case, Steve Thomas provides a comprehensive study of the investigation from start to finish by analyzing every single piece of evidence that was found at the crime scene and what it could all mean.

In this take, author Lawrence Schiller makes a point of recreating every aspect of the case, focusing not just on the Ramsey family, but also how their town itself was impacted by JonBenét's death. However, keep in mind that the book was written back in 1999, so new information has come to light since then, but it still gives you a well-rounded perspective of what happened and an interesting portrait of the Ramsey family in general.

The Death of Innocence

This is one interesting in that it's written by JonBenét's parents themselves as they tell their side of the story and share their account of everything that happened.

The Cases That Haunt Us

As the title suggests, this book is actually an accumulation of multiple murder mysteries that still remain unsolved to this day, including JonBenét's case. So yeah, it isn't just about the Ramsey case, but it still makes for a fascinating read about criminal profiling that will make you question everything you thought you knew.

Considering this book was written as recently as 2012, it will serve as a pretty up-to-date account of everything investigators have uncovered so far. Plus, a former lead investigator on the case shares some valuable insight that could very well change your entire theory on who killed JonBenét.

Hopefully, the A&E documentary will help shed light on what really happened that fateful night. But the more information you have in your arsenal going into the two-hour special, the better chance you may have of reaching a well-rounded and fact-driven conclusion.

More like this
At 14, Jenny Han Wrote Rom-Coms About Her Friends & Fan Mail To Leo DiCaprio
By Alyssa Lapid
'The Summer I Turned Pretty' Book Ending Is An Emotional Rollercoaster
By K.W. Colyard
10 Must-Read New Books Out This Week
By K.W. Colyard
Ottessa Moshfegh Is Happy To Be Your “It” Girl
By Arya Roshanian
Get Even More From Bustle — Sign Up For The Newsletter