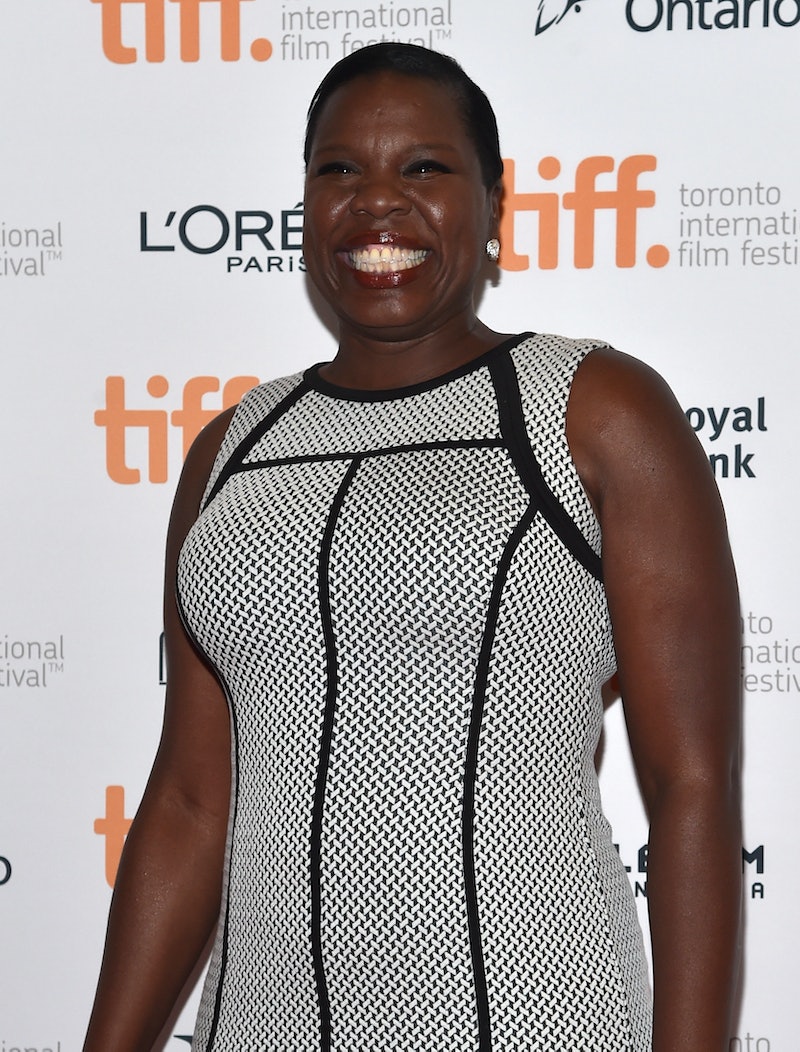 Avid Twitter user Leslie Jones had not used the medium since the Aug. 24 hacking of her personal website, but on Saturday, about two weeks after the hack, she decided to make a triumphant return. Yes, Jones is back on Twitter after that awful hack, and she's making it clear that she's here to have fun and not give time to any haters. Having dealt with serious racism and sexism abuse on Twitter, as well as the hack, which exposed private info and a nude photo, it'd be understandable if Jones wanted some time away from the site, but it's great to see that she chose to come back — apparently stronger and happier than ever.

The first tweet Jones posted after her Twitter silence was a clip from Golden Girls and a caption professing her love for the show. "I don't care what anybody says," the Ghostbusters star spoke over the clip. "These bitches make me laugh no matter what the hell is going on." Her words seemingly reference the fact that Jones has been through some tough times due to the online abuse, which she later addressed in a more pointed post. "Thanks to my fans and friends!" she wrote in a tweet on Sunday. "I'm soooooo ok really. And I will always be funny been through a lot in my life and I ALWAYS GET BACK UP!"

It's great to hear that message, considering that Jones went through such horrible online abuse. The hate she received from sexist and racist trolls on Twitter was so vitriolic that it forced Jones to temporarily leave the site (thankfully, it also resulted in Twitter banning professional troll Milo Yiannopoulus). Yet now, she's back online and making it clear that she's not going to let those haters control how she lives her life. In the time since she returned to Twitter, Jones has tweeted about her birthday week, shared more Golden Girls appreciation and creepy cereal ads, dreamt about securing Ryan Reynolds as a date and even thanked Hillary Clinton for her solidarity during Jones' online attacks. While some might have thought Jones would use her Twitter return to somberly express her condemnation of her attackers, she seems more interested in just having fun on the site.

While Jones has graciously stepped into the role of activist and icon as a response to the nature of the abuse she's received, she should never have been forced into the role to begin with. She's simply a well-loved actor who deserves to enjoy her success, and not be brought down by horribly racist and sexist abuse. Yet no matter what she's faced, she's always managed to keep her head high. In the midst of the abuse, for instance, she tweeted hilariously about her love for the Olympics and even got invited to Rio.

Jones has not been able to opt out of the political conversation, but instead has been forced to become a representative voice for the abuse people can face online from trolls. It's commendable that she's both willing to address the issues, which clearly affected her deeply, and still celebrate the light, funny parts of life on her Twitter.