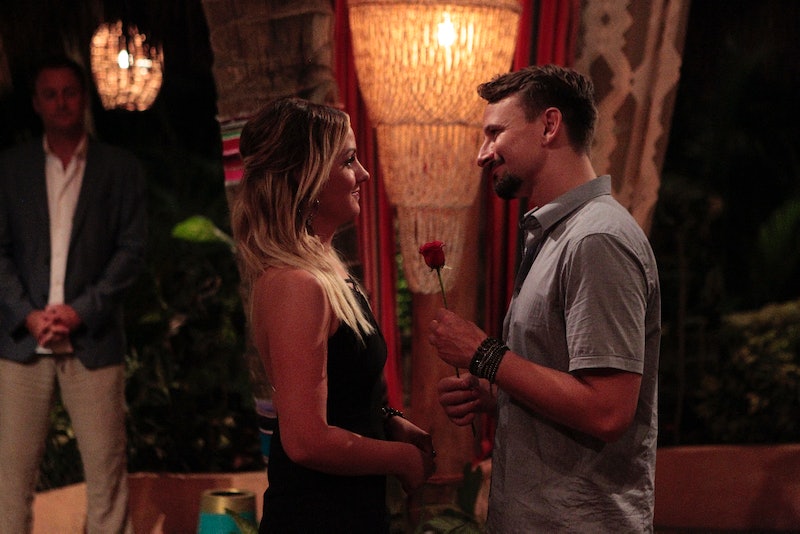 Like clockwork, Neil Lane is back in Mexico for the third time sizing up engagement rings for potential Bachelor couples. This year he’s brought down a few options considering that multiple couples leave Bachelor in Paradise engaged. Fans all have their favorites this season, but I think I speak for everyone when I say that Carly and Evan are the best of the bunch. But, did Evan pay for Carly's ring before he proposed?

According to Hollywood.com, former Bachelorette contestant Jesse Csincsak claimed, “In the contract, it says if you are not together for two years after the final day of the show airing, you have to give them the ring back.” ABC did have a comment on the matter. But, if Csincsak is right, that’s a pretty solid deal considering how much people normally spend on engagement rings. I, for one, believe that of all the couples in Paradise right now, Carly and Evan have the best chance of making it past the two year mark. I know their relationship started a bit bumpy with one of the most painful first kisses of all time, but over the month they really grew on me. Guys, I’m making a bold statement here: I think Evan and Carly are the real deal. They will make it last and possibly even tie the knot like her bestie Jade on national TV.

The Moment Their Relationship Changed

Remember when they got all disgusting and sweaty on their second date and Evan still looked at her like she was the most beautiful person in the world? That is how you know these two are going to last.

She Went For Someone Different

At one point Carly made a comment about how Evan was different than anyone she ever dated. Since going for the same type of guy hasn't worked out too well for her in the past, she decided to go for someone she wouldn’t typically date, which is actually pretty brilliant.

Their Relationship Is Easy

Once Carly realized Evan was actually pretty great we saw just how easy their relationship was. They’re the least dramatic of all the couples in the house and they spend their time just hanging out and getting to know each other. There doesn't seem to be many fights like with the others in Paradise.

They Live In The Same Place

Bachelor couples always work out better when they already live in the same place. They don't have to uproot their life to be with someone, and they can go home and see how their lives work together. It’s more realistic that Carly and Evan will last above the rest because of their close proximity.

They’re Both Weird And Proud Of It

Evan is a bit odd, but if you haven't noticed Carly is totally embracing it and loving every second of it? Why would you ever want to date someone normal? Life is so much more interesting with someone who’s cool and different.

Carly Deserves To Find Someone

I’m sorry, but after what happened last year with Kirk, Carly totally deserves someone that loves her and will treat her well. That was so rough to watch. If Evan makes her happy, then I support it and believe that they will last.

Don’t all great rom coms start with the main guy and girl not actually liking each other and then developing feelings throughout the story? Carly is literally living in a rom com right now, and it’s kind of awesome. I’m only slightly jealous.