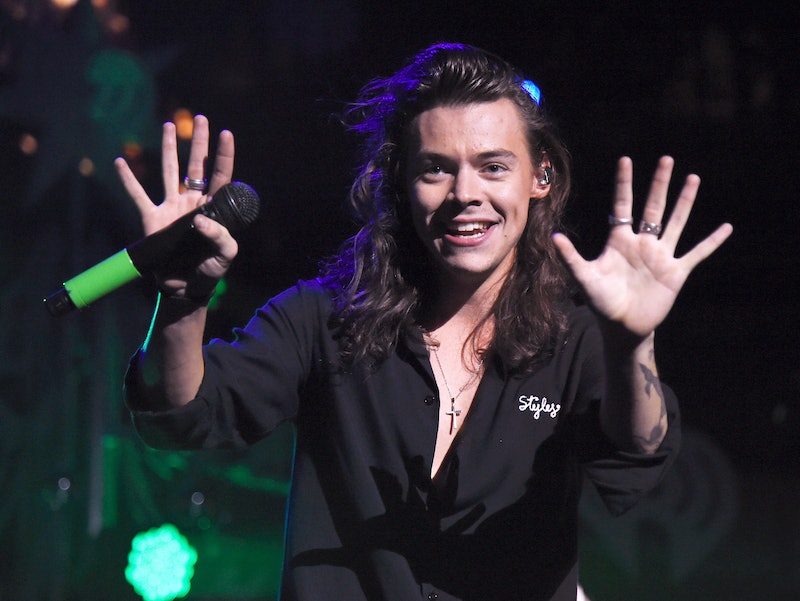 With the summer of celebrity breakups officially behind us this Labor Day weekend, maybe this means that we're finally entering the season of celebrity reconciliations — and Harry Styles and Kendall Jenner are reportedly at the helm. According to People, the singer and model are now "rekindling their old romance" after whatever it is that was going on between the two of them (remember their New Year's weekend getaway?) fizzled out earlier this year. In fact, Jenner and Styles were spotted grabbing dinner on Thursday at Ysabel in L.A. and the reality star was absolutely "beaming," an eyewitness told the site.

Styles and Jenner "are trying to spend time together again" a source told People, noting that Jenner is pretty pumped to be with the Dunkirk actor again: "They're rekindling their old romance and Kendall's so excited and happy about it. She's always cared about Harry." (I mean, as she should. The One Direction singer is a gift to this earth.)

While Jenner was most recently linked to A$AP Rocky, there was no denying that there had been something going on between her and the One Direction singer this year. The two famously spent a winter weekend together on a yacht in St. Barth's, cuddling, flirting and looking pretty much the epitome of adorable.

However, no one — not even Jenner's half-sister Khloe Kardashian — said that things were exclusive between the pair. Speaking to Entertainment Tonight in early January, Kardashian was all SMH, kids these days .

"Do I think they're dating? Yes. I don't know if they're like boyfriend-girlfriend. Nowadays I don't know," she revealed. "People are weird with stuff. So, I don't know their title. But I mean, they were in St. Barths together hanging out, so to me that's dating."

While all we have to go on right now is the People source and their dinner date (and a forever churning rumor mill, of course), maybe now is the time that Hendall will make things ~officially official~.

And I'm here for it, TBH. They certainly make a crazy attractive couple, and those yacht pics were super cute. Fall 2016 is your time, Hendall. Let's go.