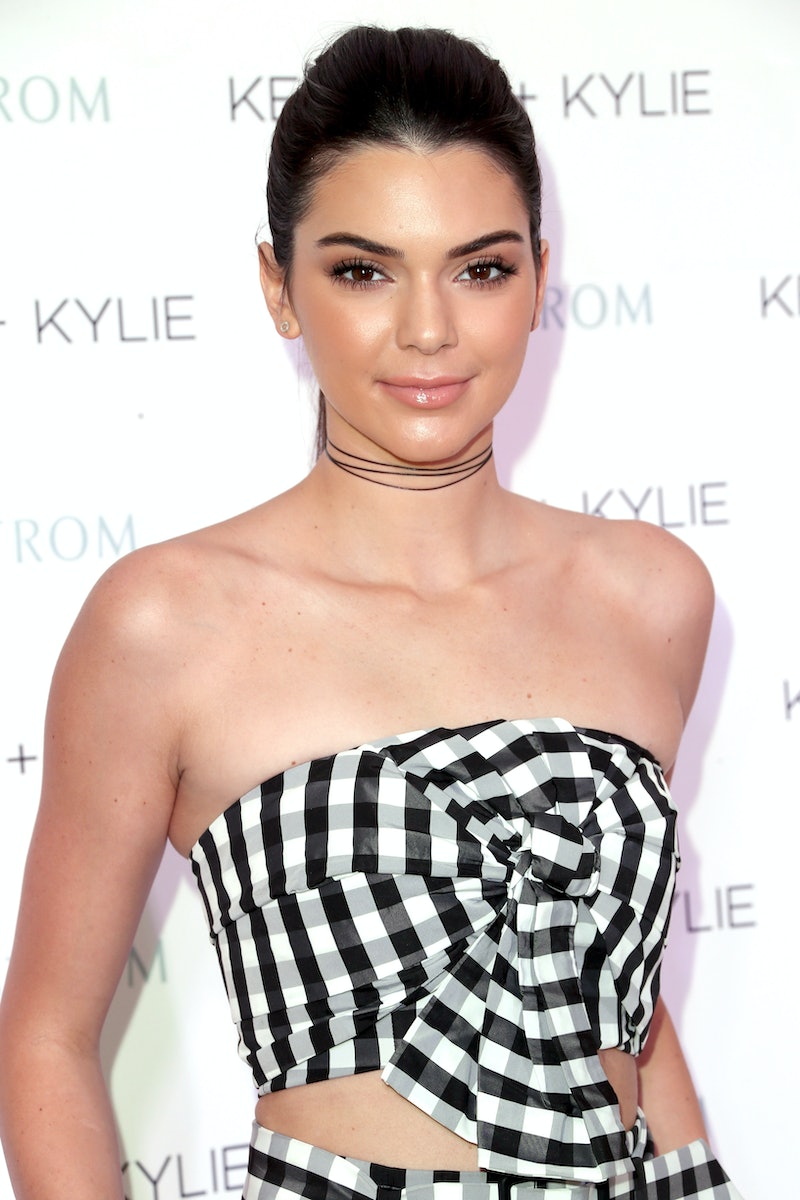 It's a new day, which means there are new rumors surrounding Kendall Jenner's dating life. According to Page Six, Kendall Jenner and A$AP Rocky are dating. Apparently, the two were first linked early this summer in Paris during Menswear Fashion Week and even went on a dinner date, per Us Weekly. Now, they are being reported as "an item" by a source. Even after the model was spotted at Rocky's show at the Panorama music festival Saturday and then dined together late Sunday, none of that necessarily means they are a serious couple. Did a source tell Page Six that the two were "coupled up at the restaurant" and that they were "hugging, flirting, and acting like a couple?" Yes, the source did, but let's not get ahead of ourselves here. So, are Jenner and Rocky dating — for real?

Basically, don't get too invested just yet, because when two celebs are spotted together and reportedly "hanging out," some people can take their actions to mean the opposite of what's really happening. Maybe, just maybe, they are enjoying each other's company. Or, you know, they are having fun and keeping things casual. Really, the reasons are endless.

Plus, a source told Us Weekly in July that Jenner and Rocky are having a "fling." The same insider also added that, "It's not serious." A completely different source even said, "He thinks Kendall is hot as hell. He's just having fun."

The above photo of the two was taken at Kanye West's February fashion show for Yeezy Season 3. Clearly, Rocky is close to West. The rappers performed together at Coachella in April, which just goes to show you that Jenner has indeed been hanging out with Rocky from time to time. Oh, and he appears to be close with her brother-in-law, but that doesn't mean anything.

That said, another reason they may not even be dating or are keeping things low-key is because the Keeping Up With the Kardashians star has been linked to Jordan Clarkson. Of course, nothing seems official between Jenner and the NBA star either, so who knows if she's really dating anyone at all. It's also important to note that Us Weekly also reported Jenner and Rocky have "been close pals for months." See? They may very well be just friends.

Jenner isn't one to put her personal life on blast, so her fans may never know the status of her relationship with Rocky, Clarkson, and whoever else she is rumored to be dating next.

More like this
Kelly Osbourne Found Love In Her Best Friend & Now They're Expecting
By Vivian Iroanya and Rachel Mantock
Sasha Lane’s Greatest Love Of All Is Her Daughter
By Sophie McEvoy
This TikToker Has Genius Advice For Boosting Your Dating Confidence
By Lexi Inks
Are Gemini & Capricorn Compatible In A Relationship?
By Kristine Fellizar
Get Even More From Bustle — Sign Up For The Newsletter