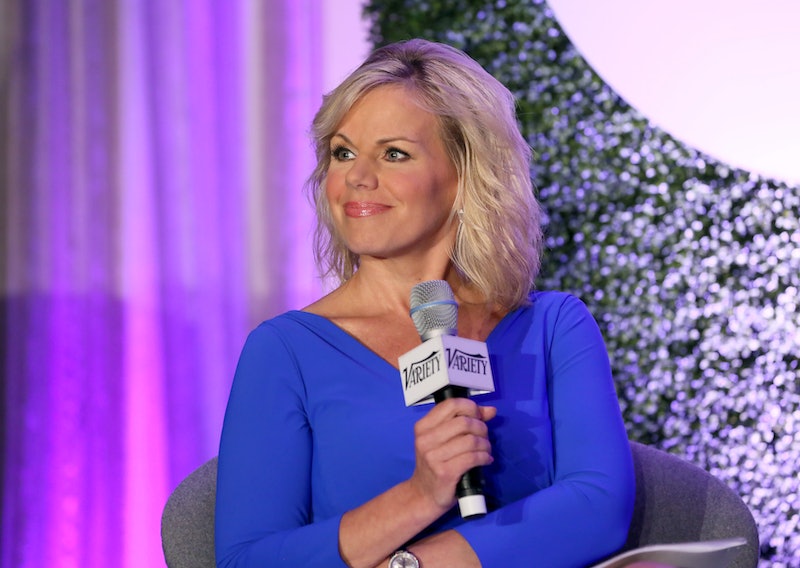 On Tuesday, Vanity Fair reported that former Fox News anchor Gretchen Carlson will receive $20 million to settle her sexual harassment lawsuit against Roger Ailes, which was filed in July. The lawsuit alleged that Carlson was sexually harassed over several years by former Fox News chairman and CEO Ailes, who has denied the allegations and who recently stepped down from his position at Fox. 21st Century Fox released a statement after news of the settlement broke; it appeared, at least in part, to be an apology for the treatment Carlson received from Ailes:

21st Century Fox is pleased to announce that it has settled Gretchen Carlson's lawsuit. During her tenure at Fox News, Gretchen exhibited the highest standards of journalism and professionalism. She developed a loyal audience and was a daily source of information for many Americans. We are proud that she was part of the Fox News team. We sincerely regret and apologize for the fact that Gretchen was not treated with the respect and dignity that she and all of our colleagues deserve.

Carlson said in response to the settlement:

I am gratified that 21st Century Fox took decisive action after I filed my Complaint. I'm ready to move on to the next chapter of my life in which I will redouble my efforts to empower women in the workplace. I want to thank all the brave women who came forward to tell their own stories and the many people across the country who embraced and supported me in their #StandWithGretchen. All women deserve a dignified and respectful workplace in which talent, hard work and loyalty are recognized, revered and rewarded.

Ailes has not released a statement on the settlement at the time of writing, but he has consistently denied Carlson's claims.

With news of Carlson's lawsuit being settled, there's a lingering question: Will today's settlement help promote standards of "respect and dignity" for women in the workplace at Fox and elsewhere?

I believe so, to some extent. The large settlement, coupled with the public apology from a major cable news network, serves as an indication to the public that allegations of sexual harassment are taken seriously. In fact, new allegations have already come out of the woodwork since Carlson came forward; according to Carlson's legal team, at least 20 women, including some of her Fox colleagues, described similar instances of sexual harassment, as noted in a report in The Guardian. The report stated that "Ailes's personal counsel and spokespeople for 21st Century Fox have not replied to requests for comment on the claim that his accusers now number more than 20."

Over the last few weeks, 21st Century Fox (Fox News' parent company) has made clear its commitment to providing a safe and dignified workplace at Fox News: by immediately launching an investigation in which women were encouraged to report their experiences under conditions of confidentiality, and by committing to make things right with those women who were not treated with the respect that they and every employee deserve. But Tantaros is not a victim; she is an opportunist.

Ailes also filed his own motion to move the suit to arbitration, which states, according to POLITICO, "Although Mr. Ailes files this motion separately to make clear his position with respect to Ms. Tantaros's many false allegations about him, he seeks the same relief that all other Defendants (the 'Fox News Defendants') are seeking in their concurrently filed motion to compel arbitration."

Bustle was directed by Ailes' lawyer, Barry Asen, to 21st Century Fox spokesperson Nathaniel Brown for commentary on both the Tantaros lawsuit and the report that at least 20 women had come forward with sexual assault allegations against Ailes; Brown declined to comment to Bustle in an email.

Carlson's settlement only adds to what I've already believed: the outlook for women in the workplace is still far from perfect. For one, the settlement means that much of the information collected by attorneys and investigators about Ailes' and Fox News' work culture for the case may never become public. Moreover, there also appear to be minimal consequences for alleged sexual harasser Ailes: Carlson's and Tantaros' allegations do not seem to have prevented Ailes from reportedly securing another position — an informal role advising Republican presidential nominee Donald Trump — and as many noted on Twitter, the $40 million Ailes received upon his departure from the network was twice the amount received by his alleged victim.

Clearly, there is much more to be done before women are consistently treated equally in the workplace. Even at Fox News, the issue seems to be greater than just the allegations about Ailes, as evidenced by this cringeworthy video compiled by Bloomberg Politics of Carlson being subjected to statements about her appearance made by her coworkers on the air:

Carlson's lawsuit is settled and she is "ready to move on," but I believe its impact will continue to reverberate at Fox News and offices throughout the country, for better and for worse.