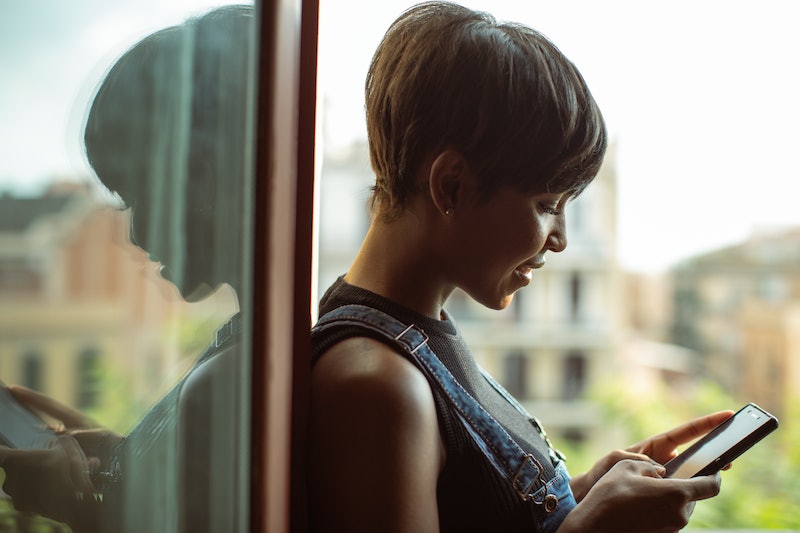 Once iOS 10 officially launches on Sept. 13, we’ll have loads of new features to play with — including the new Bubble Effects in Messages, Apple’s text messaging app. I do have to say, though, that there’s one Bubble Effect in particular that has me intrigued: “Invisible ink.” Exactly what is invisible ink in iOS 10, you ask? It’s yet another way to keep your most private messages away from prying eyes — which, granted, isn’t a new idea; social media platforms like Snapchat have been making a name for themselves in terms of stealth messaging for ages. However, how invisible ink accomplishes its goal is what sets it apart.

We first got wind of invisible ink back in June of 2016, when Apple teased the feature at the Worldwide Developer Conference. It's part of the Bubble Effects addition to Messages, which lets you jazz up your texts in all sorts of entertaining ways — and according to the Apple keynote event that occurred on Wednesday, it's going to be available for everyone once iOS 10 drops on Sept. 13. Not unlike actual invisible ink, which typically requires some sort of additional process to reveal itself — holding a flame over a message written in lemon juice, for example — Messages' invisible ink feature requires recipients to take an extra step before allowing them to read messages sent using it: Swiping over the hidden message.

Using the invisible ink feature, which can be applied both to photos or other images and regular texts, obscures your message in visual noise. It’s not quite what I’d call pixelated, but it does overlay whatever you’re hiding in a whole bunch of tiny dots, which is pretty close to the same thing. To read the message, all you have to do is swipe your finger across the dots, and voila! All will be revealed.

Apple-focused site iGeeksBlog has a pretty solid set of instructions for how to use Bubble Effects, so I’ll send you over there for details; the short version, though, is this: When you’re ready to send an invisible ink message, type whatever text you want to hide (or select a photo or what have you, if you’d rather send an image than words), then press and hold the “send” button. The pressing and holding bit is important; if you only tap it, you’ll just send your message as usual. If you’ve done the pressing and holding bit correctly, though, you’ll be brought to the “Send with effect” screen. Tap Bubble, then select “invisible ink.” Then tap the “send” button right next to the “invisible ink” option. (You can also cancel an effect before you send it if you change your mind — just hit the X at the bottom of the Bubble Effects menu.)

While it’s true that invisible ink is far from the only digital communication medium that allows for stealthy message sending, Mic notes that the feature isn’t like Snapchat or Instagram Stories; invisible ink messages don’t vanish or self-destruct after being read. However, even after you reveal them, they don’t stay revealed for very long — so if you want to continue to be able to see it, you’ll have to swipe the hidden message repeatedly.