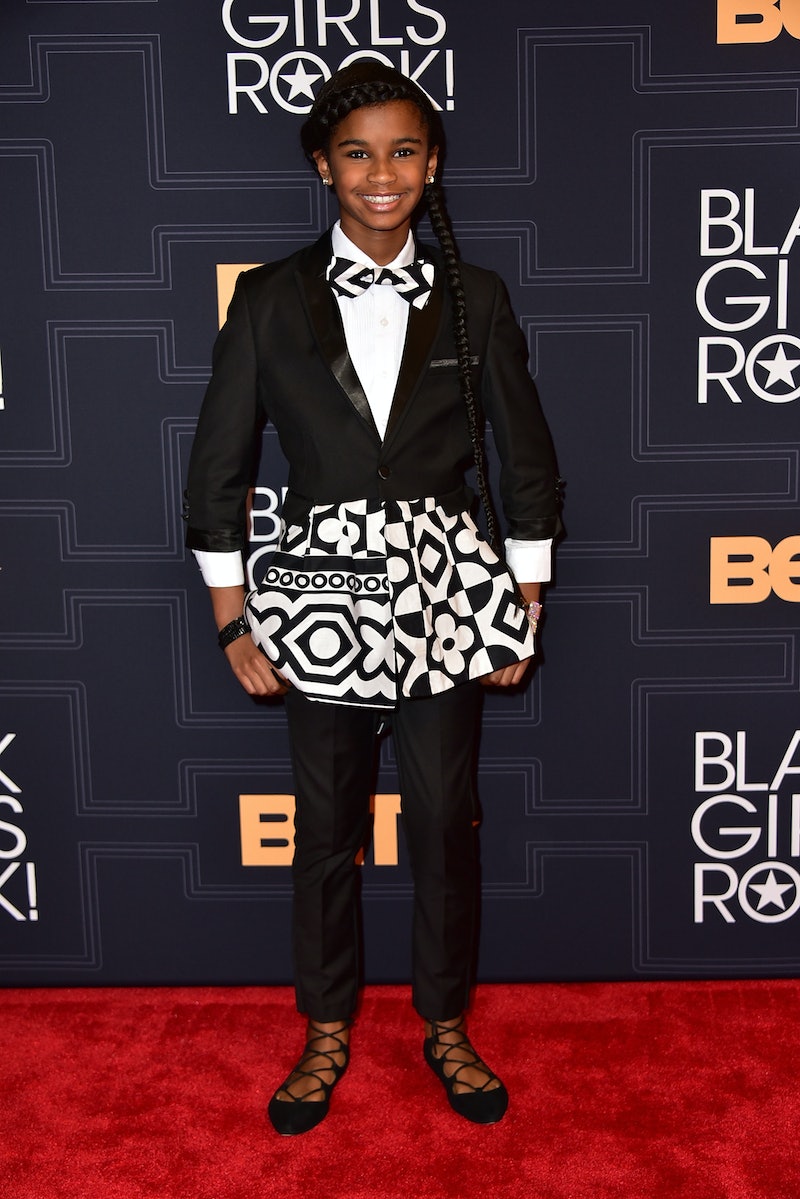 Good news for anyone who thinks kids are still reading too many old white men in school. Marley Dias has expanded her #1000BlackGirlBooks campaign to influence school reading lists. The 11-year-old rose to prominence in November 2015, when she tired of reading about white boys and their dogs, and started her campaign to discover and promote writing by and about women and girls of color. Now, Dias wants to balance out her local schools' reading lists with diverse books.

So far, Dias has been successful in having Rita Williams-Garcia's One Crazy Summer added to St. Cloud Elementary School's reading list. Now a rising seventh grader, Dias attended fifth grade at St. Cloud during the 2014-2015 school year. At that time, the school's reading list featured a whole bunch of white-boy-and-dog books — including Old Yeller and Shiloh — but none of her personal favorites.

Speaking to The New York Times, Dias stressed the importance of diversified reading lists for students who are female, queer, trans, or from racial, ethnic, national, or religious minorities:

“A lot of books have lessons that are good lessons, like tie your shoelaces or be careful what you wish for,” said Marley, who aspires to be a magazine editor. “But if you don’t have a common trait with the character in the book, you don’t remember the lesson as well. If you do have a common trait, there’s always something connecting you back.”

After receiving a $10,000 check from Ellen Degeneres in January 2016 to purchase diverse kidlit, Dias managed to collect several thousand titles, which she donated to a school near her mother's childhood home in Jamaica. She also set up a searchable online database for #1000BlackGirlBooks, which children, parents, and educators can use to select the books that are right for them.

Dias' #1000BlackGirlBooks campaign expansion includes a "literacy tour, which is expected to stop in a different city every month until at least 2017 so [she] can talk about books and promote the ones she likes to other young readers." Marley D's Reading Party kicked off in May at the U.S. Department of Education, and includes monthly stops in major cities through the end of 2016.

More like this
Idris Elba & Tom Hollander Lead This Year’s Must-Watch Christmas Flick
By Maxine Harrison
The 'Firefly Lane' Book Ending Teases Way More Tears To Come In 2023
By K.W. Colyard
'Bridgerton' S3 Teases Exciting Social Season For Penelope Featherington
By Bustle
The 'Lady Chatterley's Lover' Book Leaves Us With A Troubling Question
By Catharina Cheung
Get Even More From Bustle — Sign Up For The Newsletter