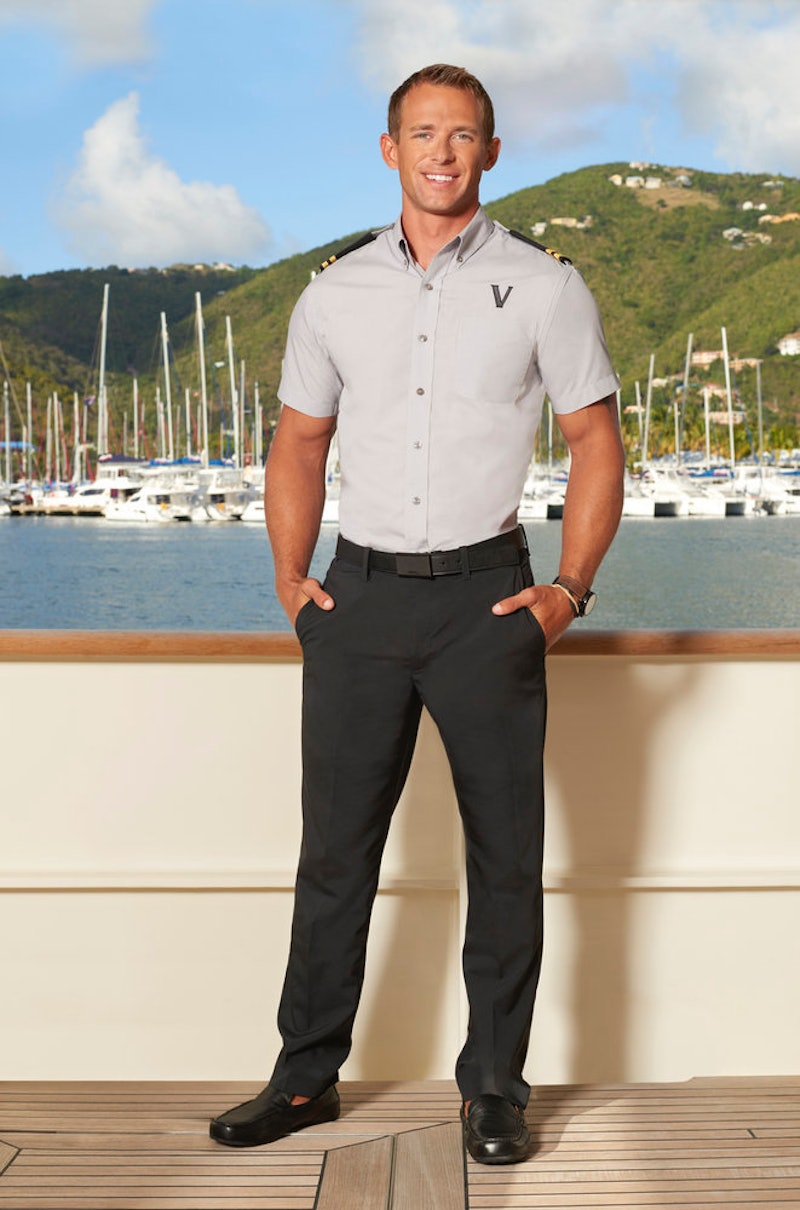 Kelley is certainly a familiar face on Below Deck — he left after Season 2 but decided to come back — and I think that Season 4 will be his most successful yet. Kelley, whose sister, Amy, was also a member of the cast, is now the bosun of the Valor, which means that he is in charge of all of the deckhands. That’s an upgrade from Season 2, when he was a deckhand. Of course, his behavior as a deckhand wasn’t always the best, so Kelley’s promotion on Below Deck shows just how much he’s matured in the few years he’s been gone.

The Season 4 premiere of Below Deck showed it best — Kelley was kind of a calamity in Season 2, as he got drunk, snapped at fellow crew members, and basically did an all-around “meh” job when he was supposed to be giving Captain Lee and their charter guests 110 percent. He was also on-again off-again with cast member Jennice, which was quite a distraction, too. But since then, Kelley has clearly gained some more experience and is running the show. He wanted a second chance, and he got it. That’s not to say that everything will be smooth sailing — Kelley is already having issues with Trevor, a senior deckhand who tries to boss around the other members of the staff. When Kelley went to Captain Lee to ask how to handle it, Captain Lee basically told him that since it was Kelley’s own staff, it’s up to him to figure it out.

Captain Lee isn’t wrong, and it’s that kind of tough love that’s going to shape Kelley into a great leader. Kelley already knows the ins and outs of keeping a charter boat safe and functioning for crew and guests, and now it’s time for him to squash a crew problem before it really becomes an issue. I don’t think Kelley will have a problem, though — he's taking his new role seriously and the Valor will be a better yacht because of it.

More like this
What’s New On Netflix: A Victoria Justice Rom-Com & The Return Of David Letterman
By Arya Roshanian
What’s New On Netflix: The Return Of 'Bling Empire' & A Rebel Wilson Comedy
By Arya Roshanian
Kanye Walked Out Of Kim's 'SNL' Monologue Because Of These 2 Words
By Jake Viswanath
8 LGBTQ+ TV Shows & Movies Like 'Heartstopper' To Watch On Netflix
By Alyssa Lapid
Get Even More From Bustle — Sign Up For The Newsletter