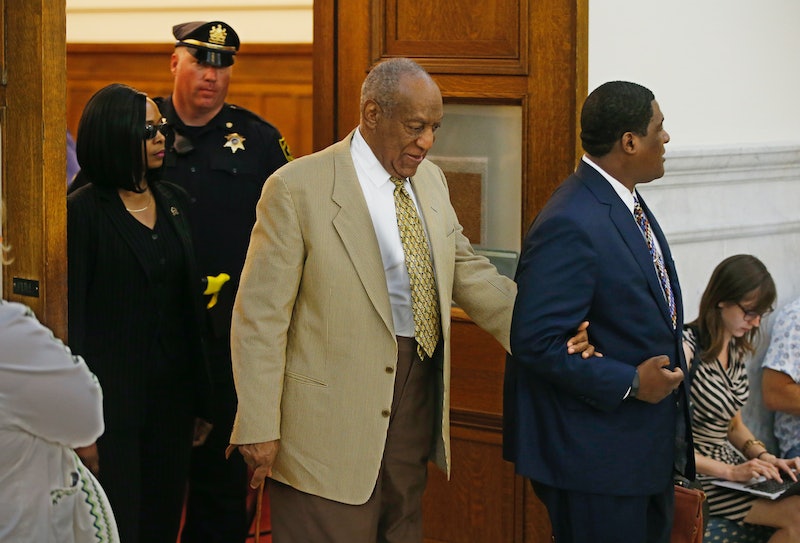 One of the biggest news stories of the decade may finally reach a culmination soon, as Bill Cosby heads to a hearing on Tuesday that could determine the date for his sexual assault trial. As the trial hasn't been finalized yet, many of the logistical arrangements have also not yet been determined. There's no way to know yet if Cosby's trial will be live streamed, but given the high profile of the case, it's likely that there will be extensive media access.

Celebrity trials are often extensively reported in the media, and since the innovation of live streaming, they have often been covered in that format as well. Former NFL player Aaron Hernandez's murder trial was live streamed, as was Hulk Hogan's lawsuit against Gawker. One potential problem for this trial is that it could be too big — judges have the discretion to allow or disallow media in the courtroom, and have been known to do the latter in big cases such as this. Cosby's trial is sure to incite a media frenzy whether or not the trial is streamed, so there shouldn't be a lack of coverage, even if you can't watch live.

A judge finally ruled in July that Cosby would go to trial on three counts of aggravated indecent assault, more than 10 years after he was first accused of the crime by the woman in question. However, a date was not set for that trial, and Cosby's litany of defense attorneys has been largely successful in delaying that date. The hearing on Tuesday is an attempt by Cosby's lawyers to keep key evidence from a deposition that Cosby gave in 2005 out of the eventual trial. Cosby was deposed for a lawsuit brought by one of his alleged victims, Andrea Constand, who claimed that Cosby drugged and assaulted her at his home one night in 2004. Cosby has denied these allegations.

Cosby mentored Constand when she worked at Temple University as the basketball team's manager, and she had gone over to his house to discuss her career options. He allegedly gave her pills to "take the edge off" her stress, and Cosby admitted in the deposition that he told Constand's mother that he digitally penetrated her after that. “I got her skin and … it’s just above where you can go under the pants,” Cosby said in the deposition. “I don’t hear her say anything. And I don’t feel her say anything. And so I continue and I go into the area that is somewhere between permission and rejection. I am not stopped.”

Cosby's lawyers have said that the deposition should be thrown out because Cosby was offered immunity, although the judge who ruled that the trial would proceed found no evidence of such a promise. The trial is officially proceeding, with or without the deposition. Whatever the outcome of the trial, Cosby's public image is permanently tainted by his involvement in this ongoing scandal, and the coverage that will come out of the trial is likely only to further that reputation.