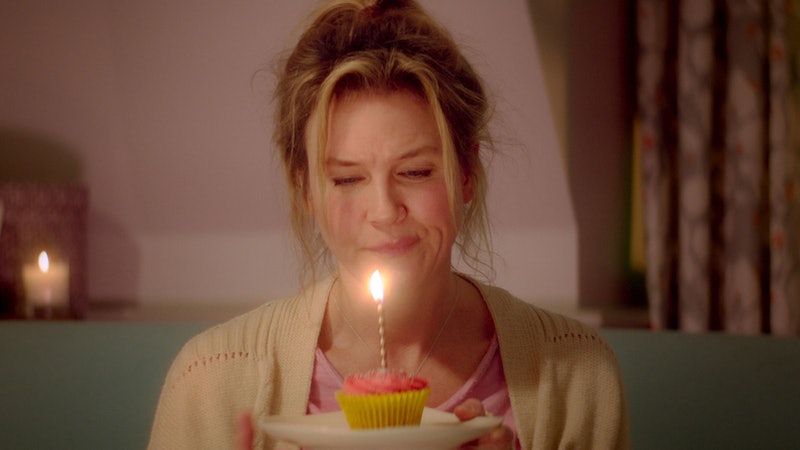 The long-awaited follow up to 2004's Bridget Jones: The Edge of Reason, or, for those who didn't much like the sequel, the long-awaited sequel to Bridget Jones's Diary (2001) that we all deserve, is finally coming to theaters. Bridget Jones's Baby, the third installment in the romantic comedy series, finds everyone's favorite clumsy and hilarious heroine, Bridget Jones, in a bit of a pickle: she's pregnant and doesn't know which of her two lovers is the father. Expect a lot of awkward conversations and funny doctor visits coming your way. However, if, before sitting down for Bridget's newest ordeal, you want to catch up on the first two Bridget Jones movies, unfortunately you won't be able to watch the Bridget Jones movies on Netflix.

Neither Bridget Jones's Diary nor The Edge of Reason are streaming on Netflix, though if you're a rare Netflixer who still rents DVDs, you can get them in the mail. That's pretty old school, I know, but desperate times call for desperate measures. If you're a streaming kind of gal (or guy), don't lose hope. Both Bridget Jones movies are available to rent or download on Amazon Video and iTunes. But, if you're deadset on getting pumped for Bridget Jones's Baby via Netflix, here are a few movies you can watch that will get you in the mood.

The romances in The Holiday go a bit more smoothly than in Bridget Jones' world, but the basic rom-com elements are there, including handsome love interests and two charming female leads.

If you're looking for a romantic comedy about a woman who isn't afraid of being a bit ridiculous professionally, look no further than Legally Blonde.

4. While You Were Sleeping

Before you watch Patrick Dempsey sweep Bridget off her feet, watch him try to get some lovin' in this '80s classic.

Sliding Doors is pretty much the pinnacle of the "what if" rom-coms out there — a perfect starter for Bridget Jones's Baby.

Arguably the best romantic comedy streaming on Netflix, this goofy, awesome, totally fearless movie will get you in the rom-com mood.

Of course, watching any of these rom-coms on Netflix isn't quite the same as watching the first two Bridget Jones movies. But, hey, you can't always get what you want, amirite?

More like this
What’s New On Netflix: A Victoria Justice Rom-Com & The Return Of David Letterman
By Arya Roshanian
Why The '365 Days' Sex Scenes Are Good, Even If The Movies Aren’t
By Arya Roshanian
'Stranger Things' Star Joe Keery Is Dating An "Indie Scream Queen"
By S. Atkinson and Grace Wehniainen
Laura Dern Said “Cultural Awareness” Made Her Rethink This 'Jurassic Park' Fact
By Grace Wehniainen
Get Even More From Bustle — Sign Up For The Newsletter