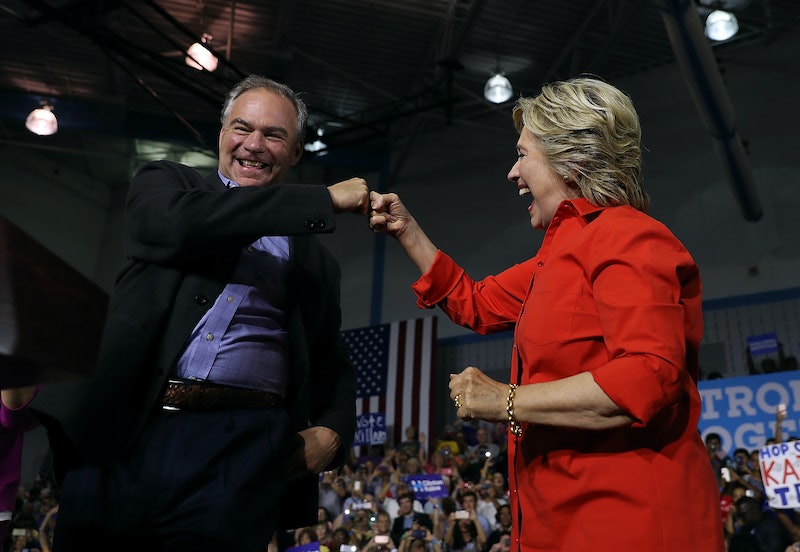 With nine weeks left until the 2016 general election, Hillary Clinton's campaign book, Stronger Together , is now available. Named after the campaign slogan and co-written with vice presidential candidate Tim Kaine, Clinton's 256-page campaign book details the Democratic Party candidates' policy proposals on everything from internships to the economy.

Each of the running mates has written an introduction for Stronger Together. Clinton's chapter, titled "Love and Kindness — And Action," focuses on her early life and family story. Kaine's introduction, "Fighting for Right," details his experiences in Honduras with the Jesuit Volunteer Corps.

The bulk of Stronger Together focuses on relating the Democratic ticket's policies to the public. As the Los Angeles Times notes:

[T]he minutiae is the point. The political aim of the book is less to be a gripping page turner than to make the case that Donald Trump doesn't even have the material to publish such a book if he were so inclined. Policy is not his campaign's strong point. It offers a comparatively thin agenda. As the Associated Press points out, the policy page on Trump's website has just 9,000 words. The Clinton policy page is 112,735 words.

Hillary Clinton's campaign book, Stronger Together, is available now from your favorite retailer.