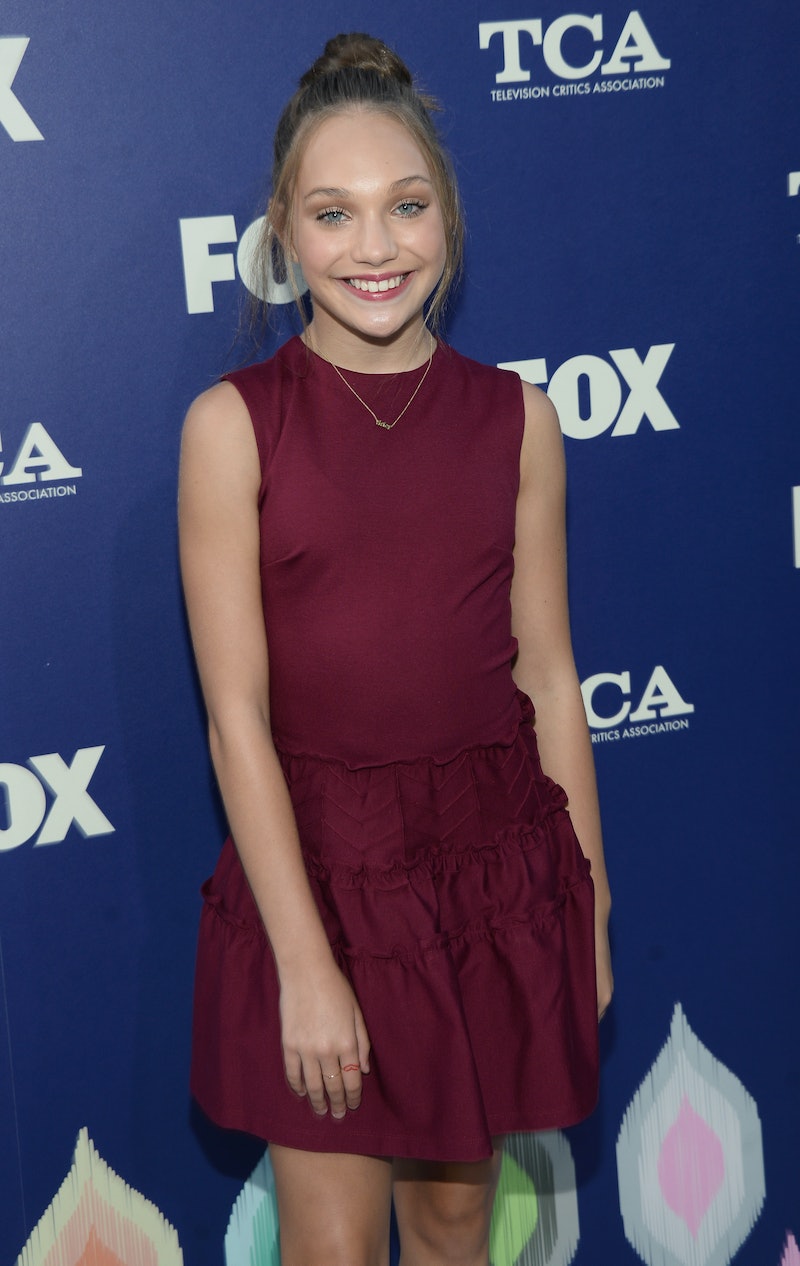 When Dance Moms Season 7 premieres on Sept. 6, there will be a major change to the show — Maddie and Mackenzie Ziegler have moved on to other projects and they've left the Lifetime series entirely. But, don't worry — I'm sure it won't come as a surprise to anyone that Ziegler's post-Dance Moms career is busier than ever and we'll be seeing a lot more of her in the future. Luckily, fans can also get a glimpse into Ziegler's daily life because she's active on both Instagram and Twitter. But everyone knows that the best way to feel like we're really in the loop with a celeb is Snapchat — so, does Maddie Ziegler have a Snapchat account?

I have some bad news for Dance Moms viewers — the fan favorite doesn't have a public Snapchat at this time, so we sadly won't get to see any flower crown selfies from Sia's mini-me anytime soon. However, it's some consolation that Ziegler occasionally appears in the snaps of her former Dance Moms co-stars Kendall Vertes and Kalani Hilliker, whose usernames are officialkkv7 and kalaniibrookee. Let's hope that Ziegler joins Snapchat sooner rather than later, because fans would love to see the following snaps from her:

We won't get to see her Dance Moms routines each week anymore, but Ziegler is still dancing as much as ever and fans would love to see glimpses of the dance moves she's perfecting.

Ziegler's new clothing line, MaddieStyle, officially launches on Oct. 3. The collection, which is aimed at juniors, will certainly have her young fans clamoring to buy each and every item. A behind the scenes peek at the project wouldn't hurt, am I right?

Hanging Out With The Dance Moms Girls

They may no longer be cast mates, but the former reality star is still BFFs with the members of ALDC's junior elite competition team — and wouldn't it be fun to see some snaps of them hanging out together?

Ziegler may be the busiest 13-year-old in show biz, but she occasionally takes a break to have some fun with Mackenzie.

This photo is either from Ziegler's private account or was taken by a friend — either way, she and her dog certainly know how to rock the flower crown. Can we please see more pics like these? Or the butterfly crown? Or the dog filter? Really, any option is fine with me.

Behind The Scenes At Sia Concerts

It's official — Ziegler is going on tour with Sia this year. Wouldn't it be awesome to see some snaps from behind the scenes as she prepares to take the stage?

As you can see, Snapchat would be an ideal way for Ziegler to keep fans up-to-date on her fabulous, busy life.