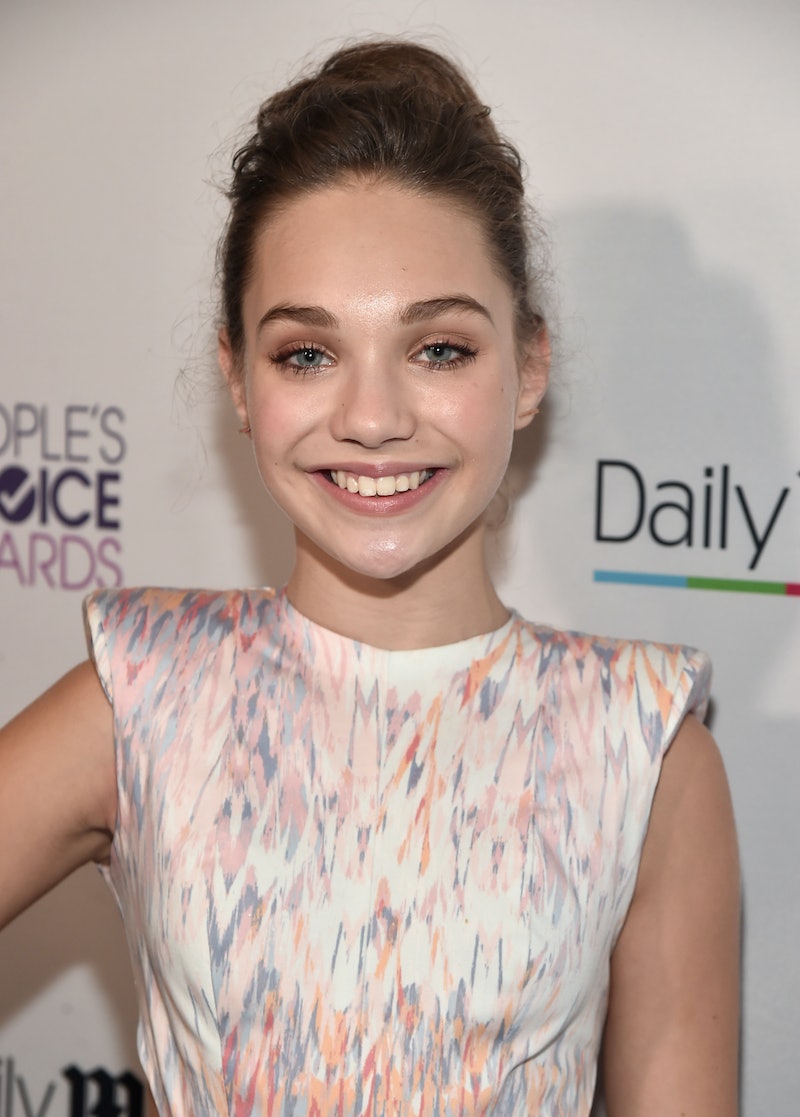 After a brief hiatus, Abby Lee Miller's junior elite competition team and her new group of minis will return to our small screens when Dance Moms Season 7 premieres on Sept. 6. By now, viewers pretty much know what to expect — the dancers will excel, while their mothers battle with each other and Abby. But, there will be one major change in Season 7 that'll take some getting used to — Maddie and Mackenzie Ziegler will no longer be cast members. For everyone who has been watching the show since the beginning, the Ziegler sisters' departure marks the end of an era. Who could forget the moment that eight-year-old Maddie wowed viewers everywhere with solos like "Cry"? The show made her famous, so why is Maddie leaving Dance Moms?

A lot has changed since the world met Maddie in 2011. The talent she displayed on Dance Moms didn't go unnoticed — Sia asked her to dance in her music videos, Maddie landed a starring role in a feature film, and the producers of So You Think You Can Dance: The Next Generation tapped her to be a judge this season. Although choreographer Gianna Martello has confirmed with Bustle that Maddie continues to train at the ALDC, the rising star made the difficult decision to leave the show in order to pursue a number of exciting new opportunities.

Although rumors that her departure was imminent had been swirling for quite some time, Maddie confirmed that she would not be returning for Season 7 last March, according to HollywoodLife.com. The outlet states that she told reporters at the Kids' Choice Awards: “I am leaving, but it’ll be a good thing because we’re moving on to cool things." The 13-year-old dancer added that her most cherished memory from the show is being with her teammates every single day, both in and out of the dance studio.

In June, Maddie provided more details in an interview with Seventeen. She said that, although the decision was hard, the atmosphere had become "too stressful." Maddie added that, "Now, I feel like I'm so free." Although Abby openly favored Maddie, that favoritism came at a cost for the young dancer: "I feel like I had so much more pressure on me to be the best in the room," she explained. For a perfectionist like Maddie, it's perfectly understandable why that would take an emotional toll. However, she also spoke highly of Miller in the interview and emphasized that, although she's tough, she can be funny.

Although Maddie would probably never say this openly, it was clear to most fans that she'd simply outgrown the show. As viewers saw in Season 6, she divided her time between filming Dance Moms and pursuing other career opportunities, such as filming The Book of Henry and performing live with Sia. Dance Moms certainly deserves credit for introducing Maddie to the world, but now it's time for her to focus on the music, dancing, and acting offers that keep rolling in. Maddie is in high demand, so it's the perfect time for her leave the show and be free to seize every opportunity that comes her way.