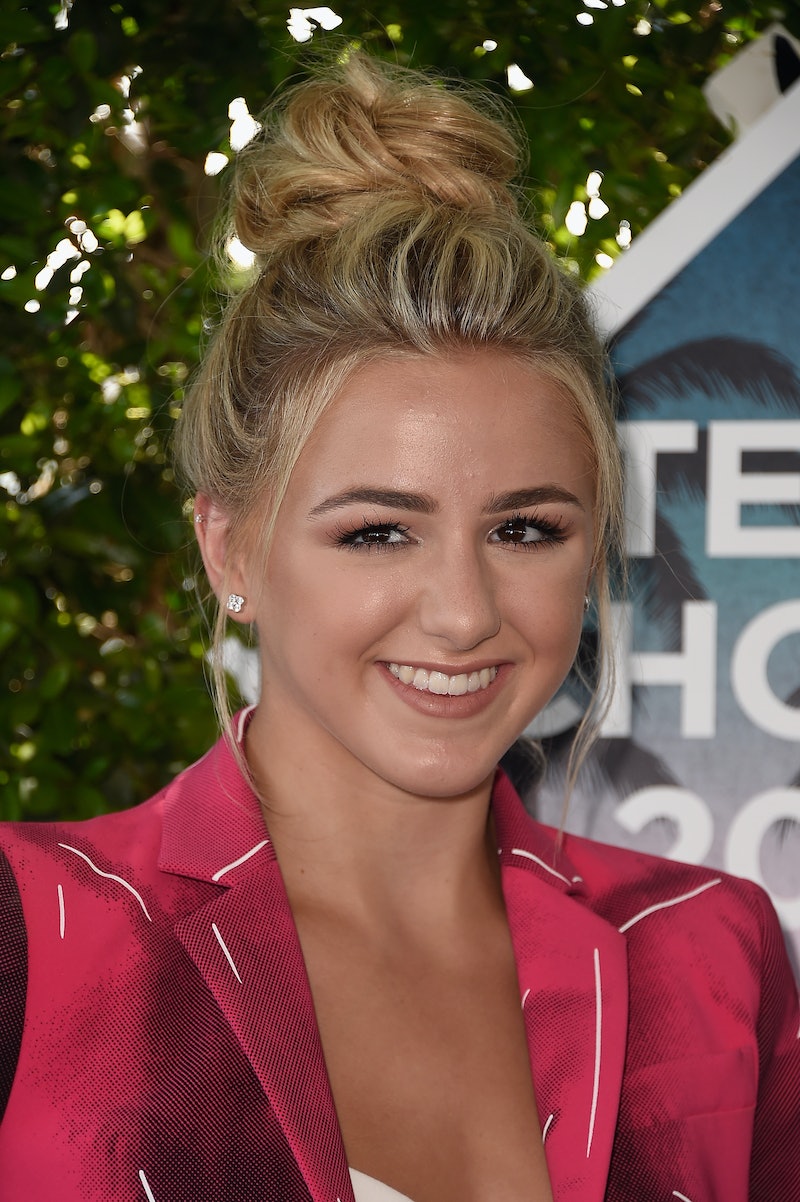 In the two years since she left the ALDC, former Dance Moms star Chloe Lukasiak has been busier than ever. Although the show isn't the same without her, Lukasiak definitely made the right move by leaving Lifetime's reality series and building her own career. She won the 2015 Teen Choice Award for "Choice Dancer" and made her movie debut in Center Stage: On Pointe earlier this year, proving that she doesn't need Abby Lee Miller to make a name for herself. As her career continues to thrive, Lukasiak divides her time between her hometown of Pittsburgh and a newly-acquired apartment in Los Angeles. She recently finished filming her second movie, Cowgirl's Story, which comes out on May 12, 2017. She has well over 4 million followers on Instagram, but does Chloe Lukasiak have a Snapchat account?

The answer is "yes" and she's fairly active, frequently posting videos and photos of everything from family selfies to what she's reading by the pool. Her username is "officialchloel" and fans should definitely add her STAT because her snaps are the perfect way to keep up with her increasingly busy life and career. Here are some examples of what you can expect to see on Lukasiak's Snapchat.

Photos With Her Family

Lukasiak is the sweetest big sister ever, and little Clara is frequently featured in her snaps. She's also super close with her mom, and Christi pops up in Lukasiak's snaps all the time — whether she wants to be featured or not. For anyone who misses Christi's sassy commentary on Dance Moms (*raises my hand*), you'll get to hear some of it in Lukasiak's videos.

She Makes Good Use Of The Filters

It's no surprise that Lukasiak looks amazing with butterflies in her hair — and you've gotta love Clara photobombing in the background.

Time In The Dance Studio

Lukasiak's training hard, but that doesn't mean she can't take a quick break to have some fun with her classmates.

Brooke and Paige Hyland, who were also fan favorites, left the show in the middle of Season 4 — but don't worry, they're still BFFs with Lukasiak and both sisters show up in her snaps quite often.

How She Spends Her Downtime

Lukasiak doesn't get much downtime, but when she does, she spends it in a swan float. Always a solid choice.

Lukasiak is an avid reader — she even has a book club on her YouTube channel. So, it's no surprise that what she's currently reading often shows up in her snaps.

Behind The Scenes Fun

She had a blast filming Cowgirl's Story, and Lukasiak shared plenty of photos with the co-stars who became her close friends.

There's no better way to wrap up a dance class than by taking a mirror selfie, am I right?

So, what are you waiting for? Hurry up and follow Chloe on Snapchat. I promise you won't regret it. (And while you're at it, be sure to add @bustledotcom!)