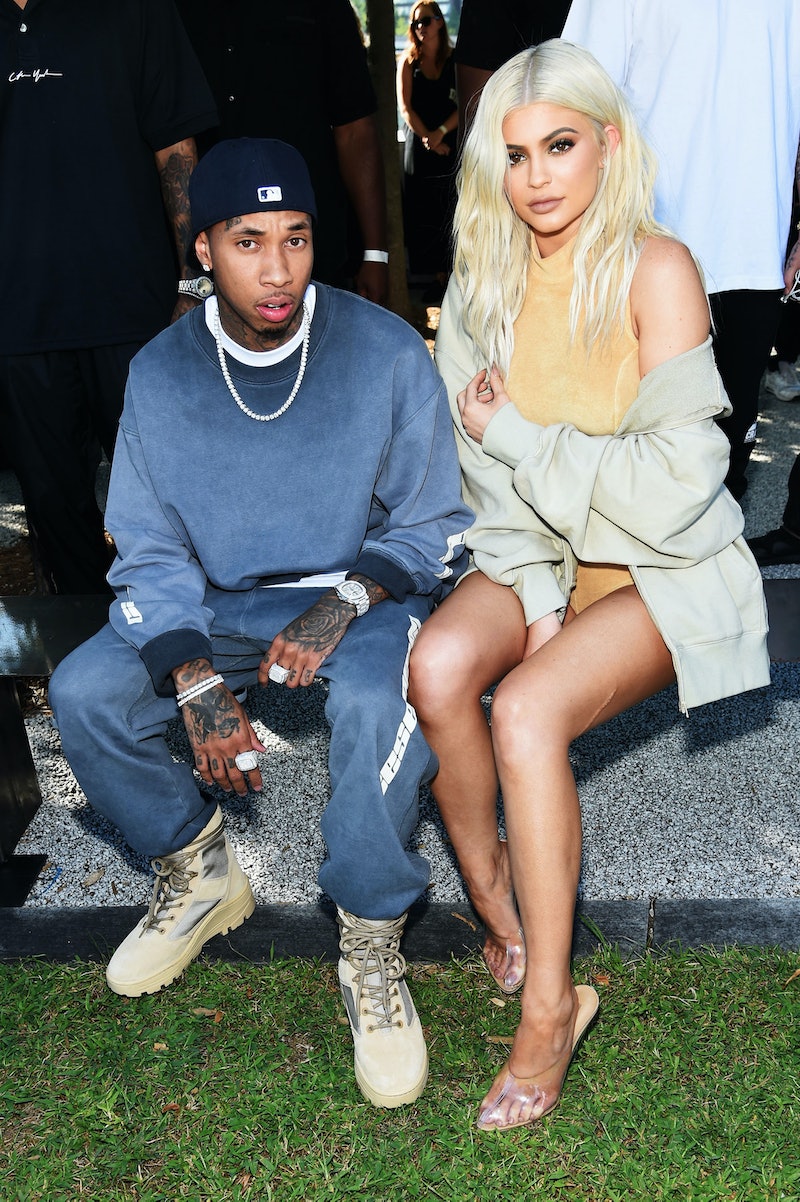 It's official. Kylie Jenner is a bleached blonde, and while she may have documented her change on Snapchat Sunday night, she has yet to reveal the final look. At least, she hadn't until Tuesday night. On Snapchat, Kylie Jenner's bleach blonde hair made it's official debut in all of its platinum glory. As she was getting ready for brother-in-law Kanye West's Saint Pablo tour, Jenner decided now was the time to showcase her new all-real blonde locks, and the result was so insanely good.

Sure, we've already seen two members of the Kardashian and Jenner clans go blonde — here's looking at you Khloe and Kim — but seeing Jenner color her hair and not troll us all with a wig is fairly shocking. For a woman who changes up her hair like she switches out cars — OK, not the most relatable reference but still accurate —seeing bleach on her real hair sent the Internet is a veritable frenzy on Sunday.

Up until Tuesday, Jenner's fans and secret binge-watchers of Keeping Up with The Kardashians had no idea what the finished product looked like. Instead, they were keeping their eyes on the Kylie Cosmetics mogul's social media page for updates. True to form, it was her ever popular Snapchat where she debuted the shocking — but awesome — new look.

She made sure to let people know that, this time, it was for real.

The hair is definitely some Kim Kardashian-style blonde, and it looks just as great on Jenner as it did on Kardashian.

While fans have seen Jenner in multicolored wigs and with her natural dark locks, her bleach blonde hair is definitely her most drastic change because it's legit this go-around. Here's to seeing how quickly she dons her next wig, though!