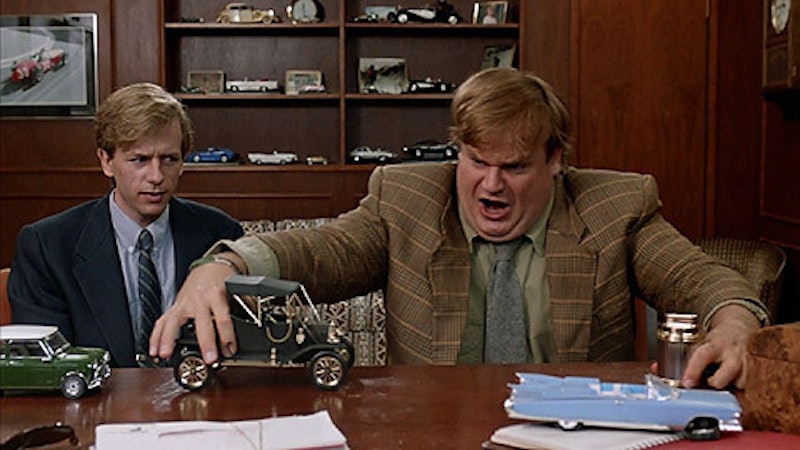 It’s the plight of any good Netflix viewer: finding something good to watch on the streaming service when your list is exhausted and another trip through the categories just seems like too much to handle. Well I’m here to make your night easier, because it turns out there are a lot of ‘90s movies you probably didn’t know were on Netflix that you can watch right now. These films are sure to make tonight and any night just a little bit better, because whose night hasn’t been made better by some great ‘90s classics? And 19 of them, to boot. That to me sounds like the perfect way to spend any weekend… erm… I mean evening.

But let’s be real, with a list like this you could spend all weekend watching ‘90s movies on Netflix. I, for one, will not be judging. If anything, I will be applauding your determination and dedication. Because, let’s face it: It takes a lot of time and effort to do nothing other than sit in front of the television and relive the ‘90s for an entire weekend. Those who act like it doesn’t take a ton of patience and stamina to spend an entire weekend with ye ol’ Netflix queue really have no idea what they are talking about.

So pull out your comfiest pair of sweats. Order a pizza. And get ready to relive all of your favorite ‘90s movies, because — surprise! — these awesome ones are on Netflix right now.

As if a ‘90s movie marathon would be anything without this classic.

2. A Night At The Roxbury

Remember in the ‘90s when SNL was in its heyday and there were movies coming out left and right with famous characters from the show? Yeah, me too.

Sure, it recycles some of the jokes from the original, but a ‘90s movie marathon wouldn’t be the same without some serious grunge. And this is the film that will make it happen.

A ‘90s cult classic. Catch up on this amazing film before the sequel comes out.

The only thing more ‘90s than this Kevin Smith cult classic is… well… nothing.

Your night will be so money, baby.

The minute this movie came to Netflix, I watched it, like, three times in a row. It may have been seven in the morning, but when a movie this good drops, you gotta get in on it.

Where reality television got its start. Would Big Brother even exist without it?

It doesn’t matter the time of year, this movie about a strange and creepy bunch is the perfect way to bring you right back to childhood.

Another SNL favorite, Molly Shannon channels all of her acrobatic energy into this memorable character.

14. While You Were Sleeping

I’d be lying if I said that this isn’t the movie that I turn to for almost weekly marathons on Netflix. There’s something about a young Peter Gallagher that just calms me.

What would a movie marathon be without this Academy Award-winning film, which captured all of our hearts back in 1998?

Watch and remember Chris Farley in all of his Midwestern glory.

I can’t believe that this movie is as old as it is. Maybe it’s because I watch it at least three or four times a year?

Relive the last night of high school all over again with this ‘90s classic.

What would life have been like if Gwyneth Paltrow had missed the train to Goopville? Find out in this film about missed opportunities and stolen chances.

So write these down, friends, or add them to your list of movies to watch immediately. You can thank me for the perfect solution to all your plan-less nights later.

More like this
The 'Hocus Pocus' Sequel Finally Has A Release Date & It Makes Total Sense
By Shannon Barbour and Radhika Menon
David Schwimmer Doesn't Remember This Classic 'Friends' Episode
By Sam Ramsden
Hayden Panettiere Will Return For 'Scream 6': "We F*cking Won, Scream Fam"
By Jack Irvin and Jake Viswanath
What’s New On Netflix: A Victoria Justice Rom-Com & The Return Of David Letterman
By Arya Roshanian
Get Even More From Bustle — Sign Up For The Newsletter