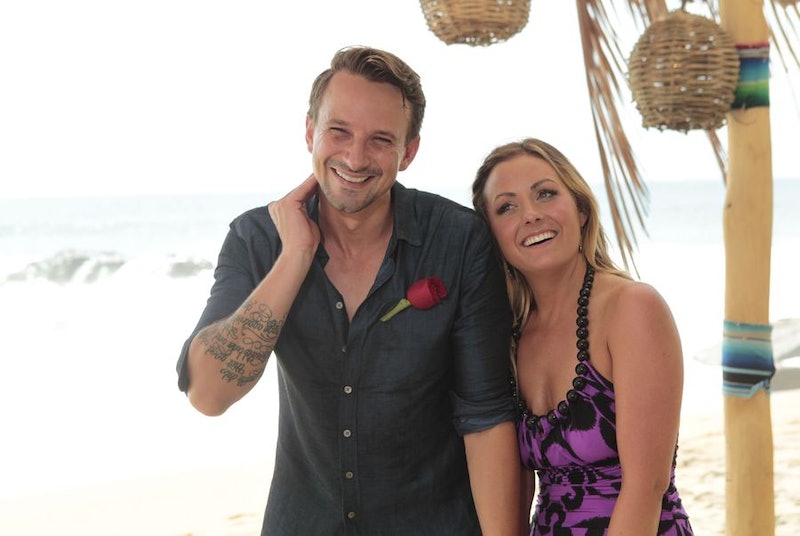 During Bachelor in Paradise, there was plenty of infighting between Josh Murray and Nick Viall, Chad Johnson just ran around screaming and eating meat, and Daniel Maguire was busy being aggressively Canadian, but that wasn't even the scariest part of the show. That title goes to Evan’s facial hair. It was sparse and strange and uneven, and Evan’s fans wanted him to get rid of it. So, guess what? On After Paradise, Evan shaved his beard off.

Carly, his new fiancée, seemed OK with it, too. I guess Evan is adopting a new vibe — he’s a new man, he’s got a new woman to spend his life with, and I guess he just wants a newer, sexier life from here on. It’s not that Evan is unattractive or anything, but his facial hair just wasn’t even. He’s not a man who is meant to have facial hair, and it’s only now that Evan is realizing it. Maybe Carly pushed him into shaving? Love can make people do great and powerful things — this is Evan’s turn to better himself after Bachelor In Paradise is over! Or, maybe he just wants to look good for the wedding. In any case, Evan shaved his beard on live television, and it was fun to watch.

Oh, and his fans loved it too.

More like this
JoJo Fletcher & Jordan Rodgers Got Married In A “Playful & Fun” Wedding
By Grace Wehniainen
What’s New On Netflix: A Victoria Justice Rom-Com & The Return Of David Letterman
By Arya Roshanian
What’s New On Netflix: The Return Of 'Bling Empire' & A Rebel Wilson Comedy
By Arya Roshanian
Kanye Walked Out Of Kim's 'SNL' Monologue Because Of These 2 Words
By Jake Viswanath
Get Even More From Bustle — Sign Up For The Newsletter