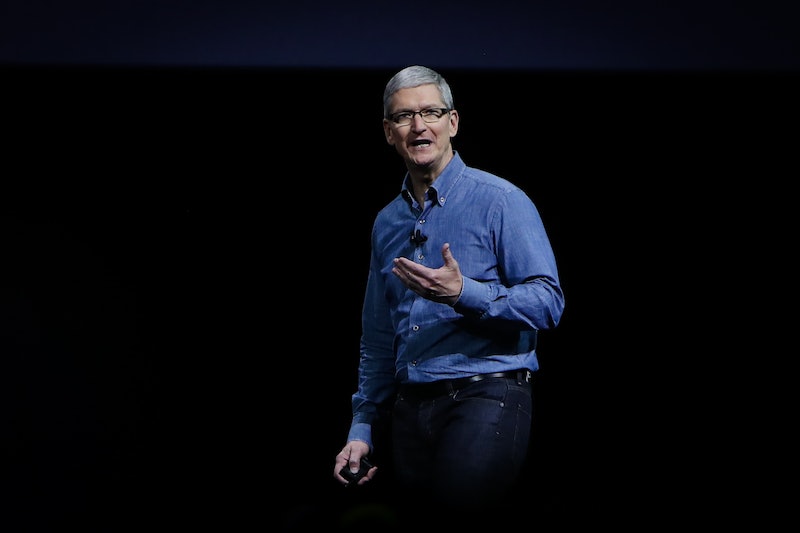 If you tuned into the big Apple Event, then you got to see a slightly strange and fun sight right off the top. The event was led in by a video ― Tim Cook and James Corden's carpool Apple special, complete with a cameo by Pharrell. It was an extension of and play on Corden's Carpool Karaoke series, part of his gig as the host of The Late Late Show with James Corden, and it served as a brief, energetic intro to Apple's big product launch event. Suffice to say, if you've ever wanted to watch Apple CEO Cook belt out a rendition of "Sweet Home Alabama," this video is for you.

Of course, it's not surprising that it wasn't exactly everyone's cup of tea ― reaction to the video on social media was decidedly mixed, although coming right at the top of the program as it did, there wasn't much time for people to react one way or the other. Especially with some of the big news early in the program, like the introduction of a new Mario game for iOS. As such, in case you missed it and you'd like to see, here's the video:

Cook is not exactly a virtuoso singer, sure, but that might be too much to ask ― being a CEO tech maven is probably enough for him.

More like this
TikTok Is Using A Kendrick Lamar Song To Post Thirst Traps
By Courtney Young
Halsey Calls Out Label For Asking Them To "Fake A TikTok Moment" For New Song
By Jake Viswanath
Britney Spears Thanks Fans After Miscarriage & Explains Why She's Writing A Book
By Jake Viswanath
Taylor Swift, Kerry Washington & More Speak Out On Uvalde Mass Shooting
By Jake Viswanath
Get Even More From Bustle — Sign Up For The Newsletter