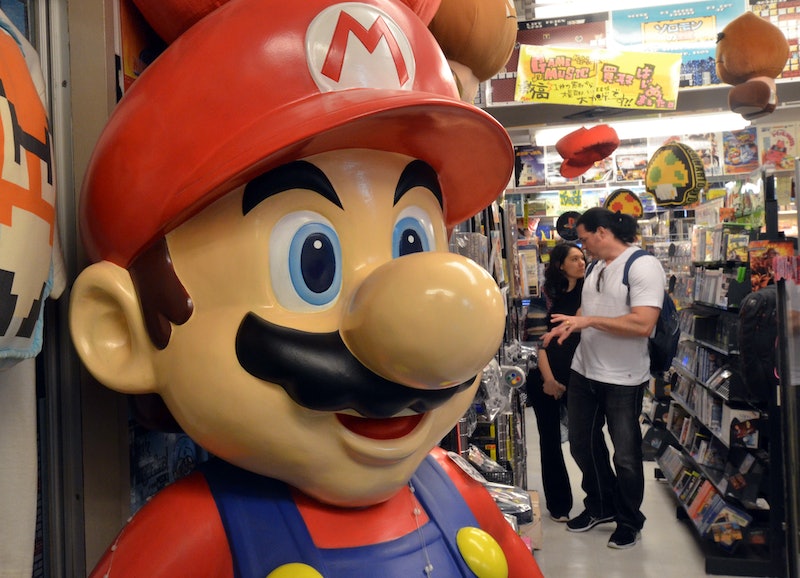 During its hotly anticipated iPhone 7 reveal event in San Francisco, Apple made some big news for any fans of Nintendo's flagship video game hero. Mario is coming to iOS with a new game titled Super Mario Run. And if you're curious how Super Mario Run will be different from classic Mario, there will apparently be more than a few distinctions for this new mobile app.

Specifically, it's not going to have a controller like you might imagine, if you're remembering your days playing Mario on the original NES back in the late '80s and early '90s, or even more recently on the Wii U. That was probably always a foregone conclusion, because without bluetooth controller play you're simply not going to be able to duplicate the full Mario experience on a touchscreen.

Rather, Super Mario Run will feature the same visual style of recent Mario side-scrollers, but the control scheme will be radically simplified. Mario will automatically run from left to right, and you have to navigate him through each level by tapping the screen to make him jump. In other words, he's just going to run, and it's up to your reflexes and quick thinking to safely guide him through each course.

The upshot is that by reducing the Mario formula to one simple task (deciding when to jump) you'll now be able to play the game one-handed, a fact which Nintendo founder and gaming icon Shigeru Miyamoto was enthusiastic about while announcing the game. As he pointed out, you could play it while gripping the handles on the subway, or while eating a hamburger. And honestly, Mario himself would probably agree with that decision ― the pot-bellied plumber is surely no stranger to a quick lunch.

In short, you shouldn't expect Super Mario Run to radically transform your iOS gaming experience. On a very fundamental level, it's going to have less in common with console Mario games than, say, Temple Run, which is basically the exact same concept. Albeit without the involvement of the world's most iconic Italian plumber, obviously.

But if you're a Nintendo super fan this is probably cause to celebrate. And hey, any time you can bring out a beloved industry icon like Miyamoto to help debut your new products, you're doing something right. Super Mario Run doesn't yet have a release date, but it's expected to be available on iOS in winter 2016, so you won't have too much longer to wait. And it'll be going for a set price, too ― this won't be one of those free-to-play, in-app purchase affairs.