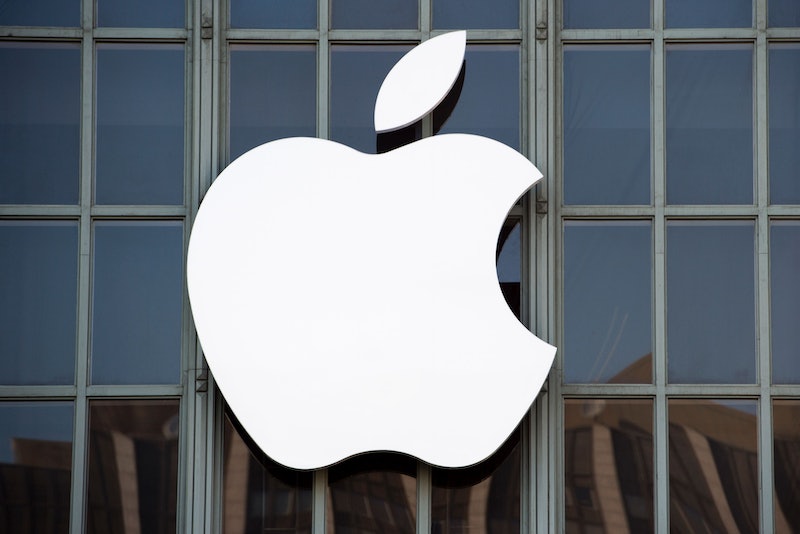 During Apple's live-streamed press conference on Sept. 7, Twitter users and Apple fans were surprised to find that all of Apple's tweets were deleted. The verified account, which has existed on Twitter since September 2011, now lists that it has 432,000 followers and that "@Apple hasn't tweeted yet". Any other tech-hungry friends of mine will know that that isn't the case — so why did Apple delete its tweets? Bustle has reached out to Apple for comment, and will update upon response.

In the meantime, though, it might not be too far off the mark to wonder if it has anything to do with the imminent release of the iPhone 7 or rumored launch of iOS 10. Is the newest version of the iPhone so revolutionary that it warrants a total new social media facelift? If Lady Gaga can change her brand every few years, then Apple can, too, y'all. Surely there is some exciting reason behind the account change, which will likely all be revealed when Apple releases its "first tweet". But while we wait, let us mark this historic occasion by beholding the now bare version of Apple's Twitter, hopefully soon to be full of all the good news dropping at their live conference today!

It's a brand new world for Apple Twitter, y'all.