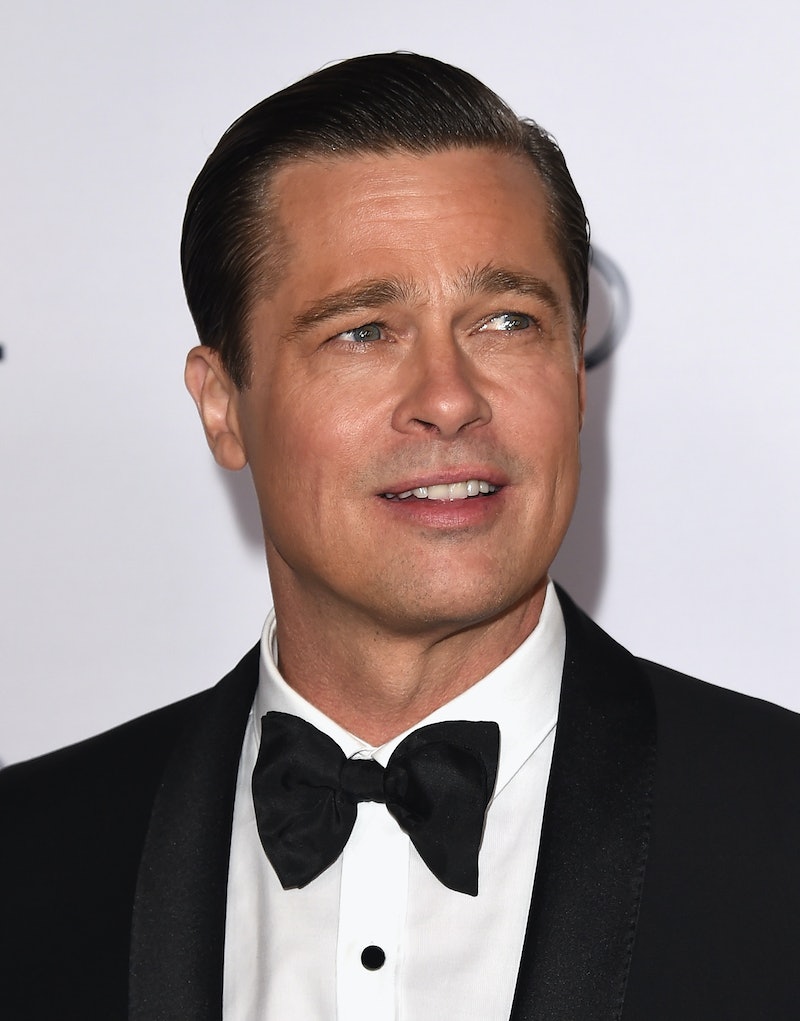 Some celebrities have already made declarations that if Donald Trump is elected, they're fleeing the country. Others have continued to vocalize their support for his opponent, Hillary Clinton. Several celebs have even joined the #TrumpTrain. Meanwhile, Brad Pitt weighed in on Trump and the election in the latest issue of the New York Times' T magazine and his words are incredibly insightful. Not only that, but he exhibits a level of understanding that doesn't dismiss or bash the opposite side, but instead, tries to get where they're coming from. In the interview, Pitt said, "Coming from Oklahoma, southern Missouri, which leans more toward a Trump voice, I try to understand it." He elaborated,

"Most Americans don’t have time to watch CNN and Fox and Al Jazeera. They’re trying to make the rent, get the kids fed, they’re tired when they get home and they want to forget about everything. And so suddenly when this voice comes in — and it doesn’t have to be a voice of substance — saying he’s fed up with all of this, that’s the part that hooks into the DNA."

Even though he understands, that doesn't mean he agrees. Pitt explained why this mindset is problematic: "In the simplest terms, what brings us together is good, and what separates us is bad." He even quoted his own movie, The Big Short and said, "When things are going wrong and we can’t find the reason for it, we just start creating enemies." The gist of his comments is that Trump's campaign is divisive, plays into people's pre-existing frustrations, and then selects a group of people to blame. But like he said, that's not a good thing. Society is stronger when working together, not picking one another apart.

Perhaps the best part of the entire conversation is the following quote. Summing up Trump's campaign, Pitt said,

"A Trump supporter is fighting against just about everything. What does he even mean, take our country back? Would someone please explain that to me? Where’d it go?"

While the actor's biggest gripe with the Republican candidate is how he divides people, I appreciate that Pitt's own words try to regroup and understand the other side — not tear them apart. Also, his question of where the country went is a perfect response to the campaign slogan, "Make American great again." He's pointing out that the country never stopped being great and questions what exactly they're trying to fix.

Honestly, Pitt's comments may be the most level-headed response I've read from any celebrity about the election. He's proving that a little compassion and understanding goes a lot further than starting an argument. Now if only everybody else could adapt that same mentality.

More like this
10 Times Diana & Meghan Spoke Similarly On The Royal Family
By Sophie McEvoy
How To Support Gun Control Reform Right Now
By Morgan Brinlee and Carolyn Steber
BTS Is Visiting The White House To Discuss Anti-Asian Hate Crimes With President Joe Biden
By Jake Viswanath
Yes, Billboard Queen Angelyne Really Ran For Governor Of California
By Brad Witter
Get Even More From Bustle — Sign Up For The Newsletter