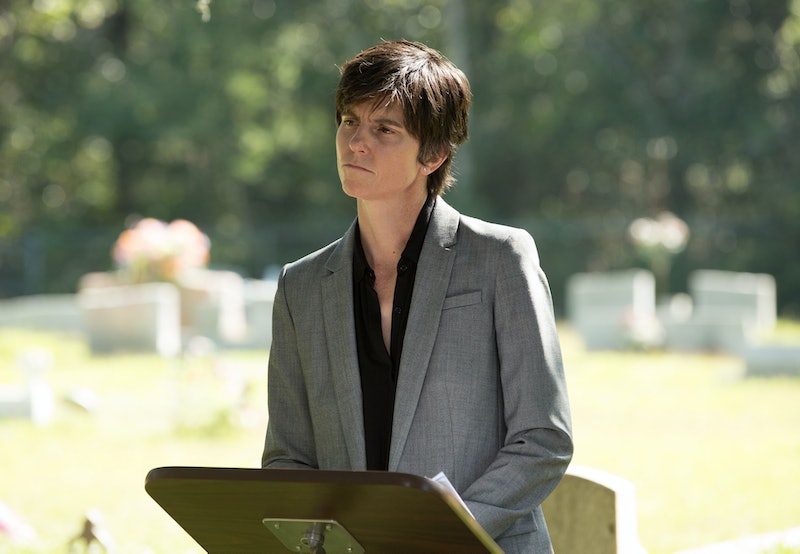 I would like to personally thank Tig Notaro for One Mississippi , the homecoming I didn’t know I needed. When I first watched the pilot shortly after it premiered on Amazon last November, I’m pretty sure I cried for the entire 20-odd minutes. As a Southerner who moved further afield and a person who has felt grief, I just kept wanting to say “me too.” Now that the entire first season is available on Amazon Prime, I'm glad that other viewers can experience One Mississippi, because I think many will feel the way I did.

When the opening sequence of the show began, my heart skipped a beat. Set to a Louisiana perennial (and, I guess, Mississippi favorite too), “On the Bayou,” I saw flashes of what looked like my home. It made sense, considering that Notaro grew up in Pass Christian, Mississippi, about an hour from my hometown of Mandeville, Louisiana. In fact, the entire episode was strikingly similar to where I grew up. After all, both Pass Christian and Mandeville are seaside towns with New Orleans hailing as the nearest city. Immediately, I was invested, but you don't need to hail from that area to have an emotional connection to the series.

From there, One Mississippi depicts a sad and familiar feeling that all who have left home experience: returning to say goodbye. The show captures the quiet and stress surrounding death and grief like no other before it, a feeling that rang true for me, as I’m sure it did others. Of course, there is another layer to the pilot, one that I cannot relate to but likely touched many viewers, and that is the discussion of Notaro’s recent battle with breast cancer and other health issues. The show somehow humorously guides us through some of the darkest aspects of being human in a we’re on this journey together and may as well laugh sort of way.

While I did not lose my mother like Notaro, the scenes in the hospital after disconnecting the respirator were eerily reminiscent to when I sat by my grandmother’s side after hers was disconnected in a New Orleans hospital. The things that go on in the hospital are what many have felt; family members grieving differently, some avoiding the situation, interacting with the nurses that are in the room but often can seem so far away at the same time, all while the routines and humor of everyday life are present but feel out of place. One Mississippi makes jokes about the inevitable crappy situation and the need to go feed the family cat while a loved one is taken off life support.

The series also tackles what happens when the person who was mostly gone is actually gone. Notaro hilariously (and darkly) depicts what it feels like to leave the body, imagining herself rolling her mother’s body in the hospital bed out through the exit. But, in reality, you're the one who has to leave.

The show also broaches the matter of possessions and how they intertwine with the way people grieve, humorously navigating the everyday conversations that then arise about life and death. The family discusses if the eulogy is really the last thing you ever say to a person versus the everyday fact that the last words you likely exchanged were “talk to you later” or something mundane. For anyone who has ever planned a funeral, this conversation rings true. I remember buying two scarves to accessorize the outfit my grandmother was buried in. I picked them out like I would a gift and debated in my mind if this or her Christmas gift two weeks ago was the last thing I ever gave her. (Bless the woman in the checkout line who had no idea what I was doing, but complimented the scarves I picked out. You have no idea how much relief you gave me following some stressful decision making in the Mandeville strip mall.)

Every family has a Bill (Notaro’s step-father character) ­— an old-school realist. When Notaro's girlfriend on One Mississippi suggests a death doula for stone cold Bill to navigate grief, I laughed out loud. I bet many viewers laughed out loud when considering how the Bills of our own families might react to a death doula. It’s especially funny for those of us who return home from big cities (especially the West Coast to the South), who have had idealist ideas countered, or squashed, by salt of the Earth relatives.

While One Mississippi realistically embraces humor in the everyday during grief in moments like these, it is also honest about the sadness. The line about the world shrinking following losing someone who was a force in your life is both beautiful and true, as Tig says, “Tomorrow is actually a very small day because my mother’s not in it. Everyday from now on will be smaller. The town’s smaller. I’m smaller.”

In the final scene of One Mississippi’s pilot, when Notaro finally listens to her mother’s voicemail on the porch overlooking the water, my small tears turned to sobs, because I realized that through One Mississippi, I was transported home. I knew, without a doubt, that the scene was filmed just blocks from my parents Mandeville home, on the lakefront, in my hometown. I recognized the Battle of Lake Pontchartrain plaque, and the grass near the marina where the volleyball nets were before Hurricane Katrina, and the Gazebo where my friends and I rode our bikes as kids. It turns out, One Mississippi was the journey home I didn’t know I needed, and I hope that it provides that feeling for others who watched it too, no matter where they are from.