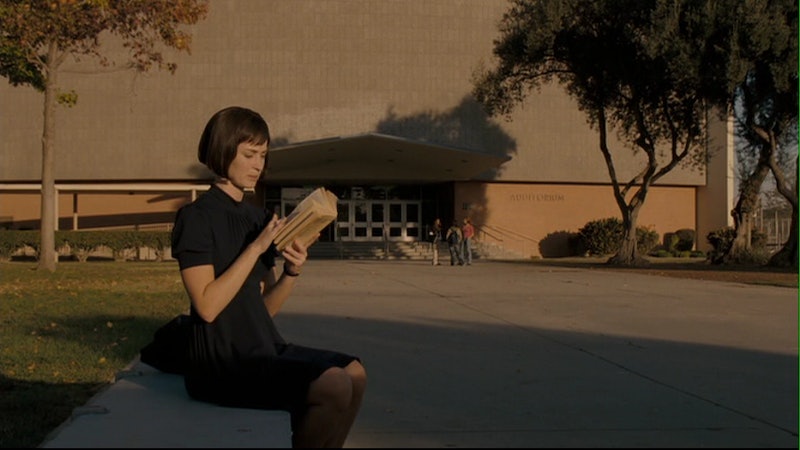 If you're looking to meet some fellow bibliophiles, there's nothing better than a book club meeting. There are many different subspecies of book club to choose from, of course, but they all have at least one thing in common: readers talking (and snacking) about reading. And in every book club, digital or not, you're sure to find at least one or two of the following types of readers.

Now, I know that every reader is different. I'm not here to judge your reading habits. If someone hates "high school lit," it doesn't mean that they are automatically anti-intellectual. If someone reads mostly science fiction, it doesn't mean they can't enjoy the occasional Jane Austen. And if someone adores the works of Ernest Hemingway, it doesn't mean they hate women (probably). But I think we can all admit that some readers tend to fall into certain patterns. For example, I'm sure there is a bro out there in the world who loves David Foster Wallace but doesn't try to convince me to watch Fight Club... I've just never met him.

So, break out the discount wine, open a new box of wheat thins, and get ready to discuss some literature with the readers you'll meet in every book club:

How are they doing it? Your book club picks a new book on Monday, and by Tuesday night the Speed Reader is texting you to see what you thought about the ending. Do they not work? Do they not sleep? They devour whole series like normal people binge TV. And even though they whiz through lengthy novels in a day, they seem to remember every last chapter with perfect clarity.

The English Professor means well. But no one likes it when they print out lesson plans for group discussion. They roll up to meetings with a book full of annotations, and they're always emailing you essays on literary criticism. They always want to do all the "book club questions" in the back of the book, too. And they won't stop recommending books by Russian authors. It's hard to hate them, though, because they just get so excited about literary symbolism.

Just... why are they here? They don't show up half the time, and when they do show up, they haven't read the book. They "didn't have time." But apparently they do have time to come to book club and eat all the pizza rolls. You're pretty sure they came to book club super high that one time, too.

Every book seems to make them cry. Every. Book. They become deeply emotional when a book ends, regardless of whether or not the ending was happy. You hope that your book club never reads a book about a dog, because you don't think the Crier will be able to handle it.

At first glance, you might confuse the Snob with the English Professor. But over time you realize that they're not interested in learning from literature so much as showing off how much they know about literature. The Snob will shake their head sadly at other people's opinions. They will be openly disdainful of "genre fiction," or, in more extreme cases, anything not written by Thomas Pynchon.

The Genre Fiend is the Snob's dark reflection. The Snob is all about "high literature," but the Genre Fiend is all about whichever genre they've chosen. It could be sci-fi, or mystery, or YA vampire romance, but it's the only thing they're interested in. Any attempt to make them read outside of their comfort genre will result in complaints and mild panic.

This person treats hosting a book club like a competitive sport. Everywhere they go, crudités and wine spritzers instantly appear. The Perfect Host has always read the book, but they've also made a playlist based on the book for background music, and they're serving the same meal that the main character eats in chapter five.

Do they... do they actually like reading? Because the Cinephile seems more interested in film adaptations of books than in actual books. They won't get excited about reading anything unless they can also watch a movie (or at least a trailer). You sometimes have to remind them that book discussions are for discussing the book, not whether or not Kirsten Dunst is going to be a good director for The Bell Jar.

They are so totally LYING about having read the book (and one day you will catch them in the act). At least the Slacker is honest. But the Liar will trot out literary analysis that sounds suspiciously like it came from SparkNotes.com. They will breezily inform you that they read all of Ulysses on a flight to London one time. And they will always have an opinion on everything, even though you're so sure they gave up halfway through Angela's Ashes.

Who are they? Where did they come from? What do they want from us? You don't know. All you know is that the Watcher comes to book club and sits, silently. And watches. And waits. They have the book with them, but they never contribute to the discussion. Are they just shy? Or are they judging everyone else's literary taste? One day, you hope to hear what they think about The Time Traveler's Wife. One day.