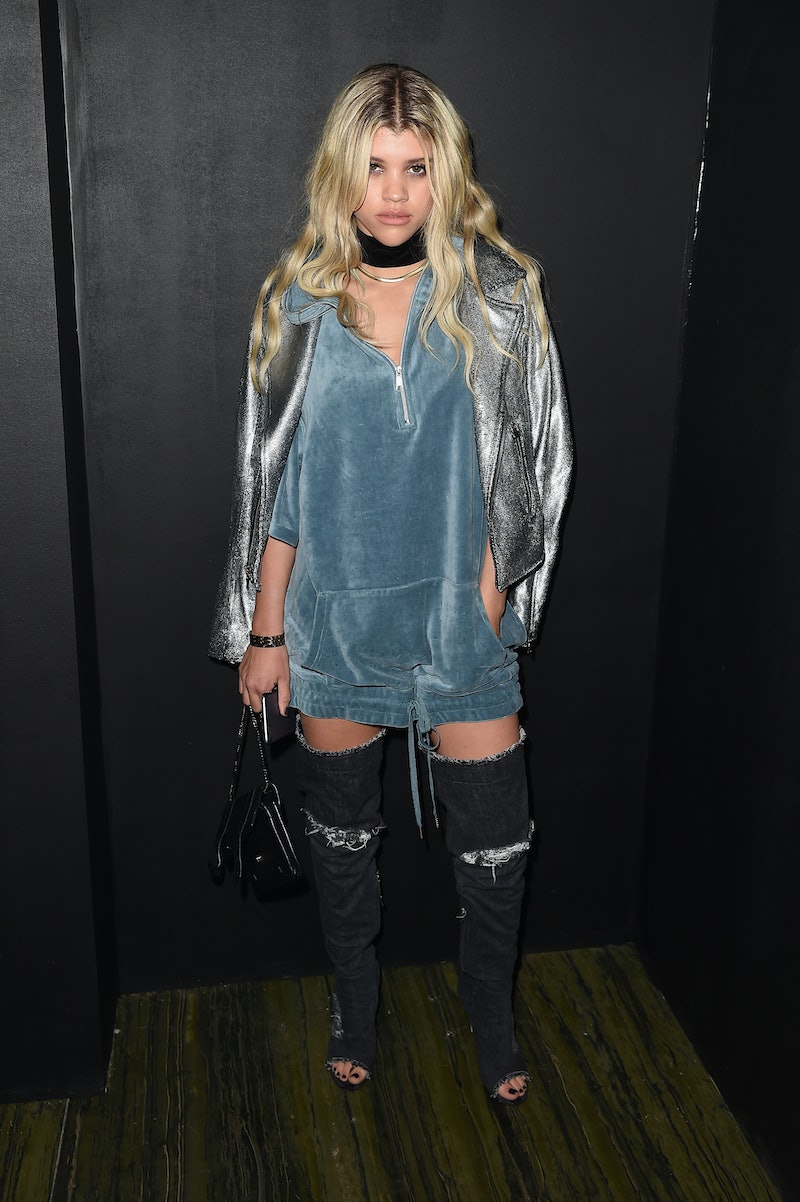 Kanye West knows a thing or two about building buzz — both around himself and his various endeavors. This New York Fashion Week, Kanye showed his Yeezy Season 4 collection at Roosevelt Island, where models Chanel Iman and Sofia Richie walked the runway.

Sofia Richie, who is a model and the younger sis of style icon Nicole Richie (and recent recipient of Instagram criticism thanks to her rumored romance with Justin Bieber), hit her first major runway wearing an oversized yellow coat and thigh high white boots. Richie walked alongside other popular artists and models, including Teyana Taylor and Chanel Iman.

Iman closed out the show, which is a huge honor in the fashion industry, wearing an oversized black coat and slouchy pants. Iman walked for Kanye back in 2011, but hasn't walked in any of the other Yeezy shows since.

Richie and Iman strutted in front of a heavily star-studded front row, including Kim Kardashian, who showed off a pair of the Yeezy clear heeled boots in New York City earlier this week, Kendall and Kylie Jenner, Kylie's beau Tyga, and Pharrell Williams.

Yeezy Season 4 pretty much looks just like the previous seasons, but that doesn't mean they aren't going to sell out in record time. Unfortunately, it will probably take a while for Yeezy Season 4 to hit shelves, considering Yeezy Season 3 still isn't available.

Here is Richie lounging around post-show.

And here is Richie on the runway. Her older brother is clearly very proud of his younger sis, saying, "My little sis @sofiarichie slaying the runway in the Yeezy show."

No pressure. Just walking in front of the Kardashians. It's cool.