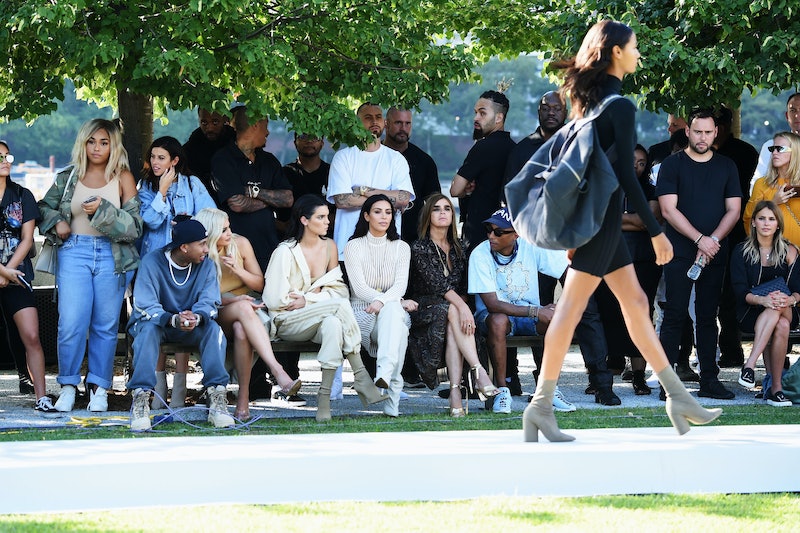 Kanye West's New York Fashion Week show made headlines for many reasons, but one thing people can't stop talking about is the model who took of her shoes during Yeezy Season 4's show. Her name is Amina Blue, and she's actually more famous than you might realize.

In perhaps one of the most relatable moments in fashion week history, Amina Blue, star of Tyga's "1 of 1" music video, stopped mid-show to take off her heels, a feeling that every single one of us has probably experienced, finishing her runway walk barefoot. She appears to have been wearing a pair of mules with a thin heel, so I imagine they weren't a very comfortable piece of footwear. In the video clips you can really see that she was struggling to walk in them.

Later, during the finale, Blue switched shoes, sporting a pair of slip-ons (like the kind you probably wore after basketball practice in seventh grade). It's rather bold for a model to stop mid-walk and remove her shoes — I'm not sure most "regular" models could get away with that, but luckily Blue has some celeb status to back her up, i.e. being labeled as Kanye West's "muse."

She got some flack on Twitter for her decision.

Maybe next time she'll be given flats.

Amina Blue is all of us after a long night in heels.