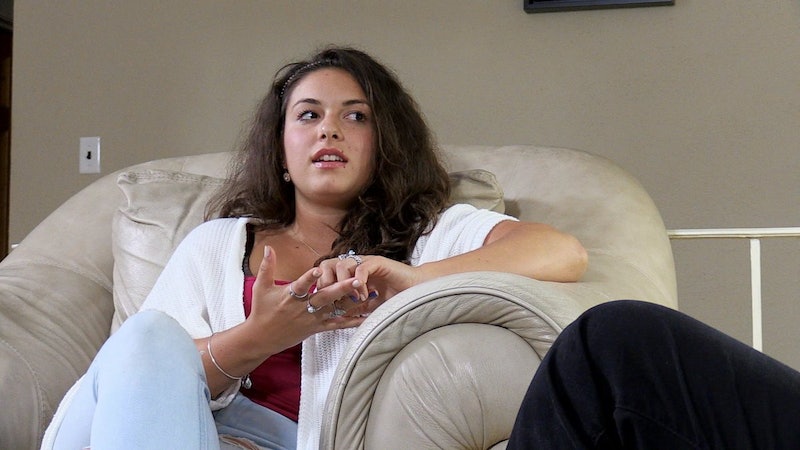 Can Catfish still surprise us? After five seasons, it seems like most people would be able to tell if they were dating a fake person or not, but there's always a chance that technology brought two real lovebirds together. Well, after Graham didn't show up to meet Catherine at first, eventually the truth was revealed: Graham isn't a Catfish, he was the person Catherine was talking to online, he just also happened to be a huge jerk who played down their relationship in a borderline cruel manner right when they first met in person.

But let's back up — Catherine has been in a relationship with Graham for two years... but all the typical Catfish red flags are present. No video chat images, no meeting up in person, and they live a thousand miles apart. Catherine's mother went through a profound period of illness, and she wound up staying home and confiding in Graham because she felt alienated from her IRL friends and family. That helps explain why these two have such a close relationship. Another point in their favor — Graham is a real person, who has various social media profiles that are connected to people who know him in real life.

But surprisingly, Catherine has also demonstrated a little Catfish behavior, since she was supposed to meet up with Graham in Nashville, but then dropped out at the last minute because, as she claims, she wasn't confident in her appearance. Pretty weird, since why would a Catfish want to meet up in person?

But when Nev and Max reach out to one of the real Graham's friends, he not only doesn't know about Catherine, but he also has a different phone number for her. That's the first hint that something weird is going on, which only gets more complicated when they find out Graham's Twitter was hacked years ago, right around the time that Catherine started talking to him. An experienced Catfish fan can probably see where this is going: Catherine, Nev, and Max all join up and go down to meet Graham, and at first, he doesn't show up. Must be a liar, right?

Well, he's not — but he claims that all the times he said "I love you" to Catherine were jokes, and basically admits that he was lying the whole time. Wow.

It would be impossible not to feel bad for Catherine after she realizes that even though Graham looked like the person she was talking to, he really wasn't looking for the relationship that he claimed he wanted. But it's also a first for the show — the first time a Catfish wasn't hiding their face, but was totally lying about whether or not they loved and cared about their victim.