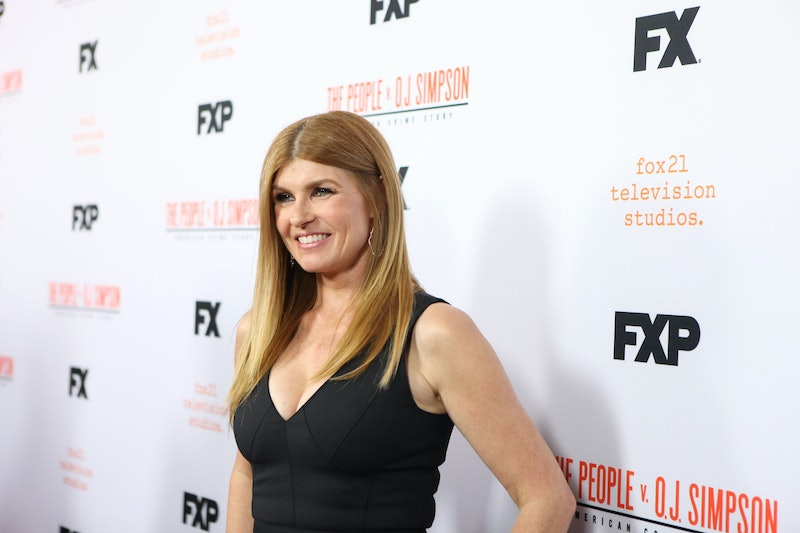 Since the news broke that Nashville is moving to CMT for Season 5, everyone's been asking whether all of the cast members will remain on the show at its new home. Several of the rumors revolve around Connie Britton, who's played lead character Rayna Jaymes since the series started. Obviously, Nashville wouldn't be the same without Rayna, which is why it's amazing to find out that Connie Britton has returned to Nashville to record songs for the show, putting rumors to rest that she might be quitting the series. Late on Wednesday, Britton shared a very telling photo on Instagram featuring the lyrics to a song all Nashville fans will recognize.

"Already Gone" is considered to be a classic Rayna Jaymes song, and has been featured in several episodes of the show so far, including the Pilot. Co-written by Joy Williams, who was one half of now disbanded multi-award-winning folk duo The Civil Wars, the song has yet to make it on to any Nashville albums or official releases. The fact that Britton is in the studio singing "Already Gone" could mean we're about to get an official recording of the hit, and is a clear sign that the actress has gone back to work on the series.

Despite this amazing news, fans of Rayna shouldn't get too excited just yet. It was reported in August that Britton had only signed on for 10 out of the 22 episodes of Season 5, and there's been a lot of speculation about how her character will exit the show. TVLine recently expressed concern about Rayna's fate on Nashville , particularly as it's been rumored that her story arc in the new season involves a stalker. As Brianna at TVLine writes, "I can deal with Connie Britton doing fewer episodes. But a dead Rayna? No." I couldn't agree more with this statement, as it's impossible to imagine the show without its Queen Bee.

Britton is clearly just as thrilled as we are to be back on the Nashville set, and her Instagram post proves that. The actress says, "We are all so grateful to the incredible songwriters and musicians here who invite us in, prop us up, and inspire us to make this show. Thanks y'all". It doesn't sound like Rayna Jaymes is done just yet. We'll hopefully hear a few more country songs from the singer before she takes a hiatus from the show (yes, hiatus! There is no Nashville without Rayna Jaymes!).