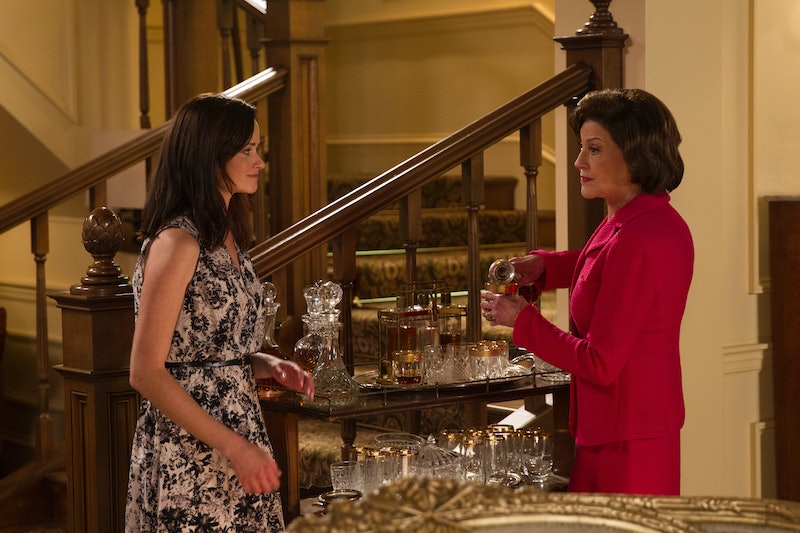 With a little more than two months to go before our favorite girls return to Netflix, Lauren Graham and Alexis Bledel are talking all things Gilmore Girls revival in the September 16 issue of Entertainment Weekly. While the two aren't giving away anything major, Graham did talk about why A Year In The Life feels like the end. When asked if Season 6 felt like the final season, being that the following season didn't include creator Amy-Sherman Palladino, the actress who plays Lorelai Gilmore said, "I consider this our final season." The answer is an interesting one, since fans have already been debating whether these four 90-minute episodes would actually be the show's last.

If you read into Graham's statement, it sure sounds like this is it for the Gilmore girls. Graham explained that this new run of episodes is an "auteur's project," even saying it's different than most reboots or revivals. She noted that her other TV show, Parenthood, has toyed with reuniting for another run, but that some cast members were happy and others not so much. The reason being, Graham said, that so many thought "it ended so well, why would you?" But with Gilmore Girls, "we just didn't have that."

It's true, they didn't. The show ended and, without Sherman-Palladino, it felt incomplete. No one knew what the creator had planned for Lorelai, Rory, and Emily. True fans worried they would never get to hear those final four words Sherman-Palladino promised oh so long ago. It seemed like this would be folklore; another mystery, like who Carly Simon wrote "You're So Vain" about. When it was announced that the show was really coming back, it was exciting. Like Graham told Entertainment Weekly, this wasn't a "moneygrab," and fans knew it. "There were perfectly reasonable artistic reasons to return: Our creator didn't finish it."

Returning to Netflix is a way to add to the show's history. Sherman-Palladino has said the revival will end with those four final words she promised during the original run, so, honestly, what else is there to do? This was the point of the show coming back at all. This is the show's second chance; what all fan have been waiting for. To keep going after this revival would feel like it's testing our fandom or patience, or, worse, would begin to seem like the moneygrab it was never intended to be.

Gilmore Girls is coming back triumphant. Now, nearly a decade later, a new audience — both tried and true fans, and those who caught up later via syndication, DVD or Netflix — gets to catch up with Lorelai, Rory, and Emily for just a few more Friday night dinners. While it will be without their beloved Richard, his passing allows this story a reason to exist. It gives us a reason to check back in with this family that feels like our own. It gives us a reason to see where Rory is in her career and, yes, in on her love life, to figure out what Lorelai has been up to and whether her and Luke's relationship is in a good place, and, of course, to see how Emily copes with the loss of her husband of nearly 50 years. It's not the happiest of reasons to be reunited with these women, but, like so often in real life, tragedy tends to bring us together. It gets us re-thinking and reassessing our lives.

But, as most of us know, all good things must come to an end, and this feels like it's the Gilmore Girls' proper end. The final season that the world's been waiting for. The one fans, and even Lauren Graham, wanted all along.