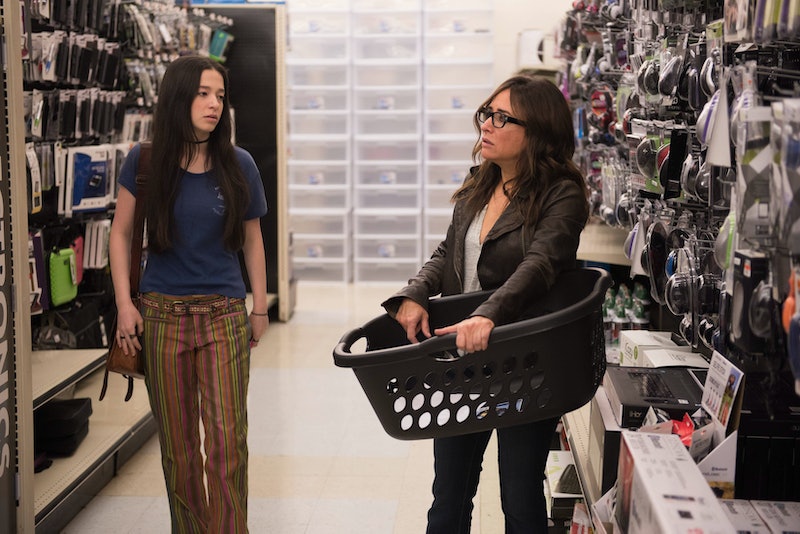 When FX announced that Pamela Adlon, actress and frequent Louis CK collaborator, would have her own show, called Better Things, I couldn’t wait to watch. I was hoping for some humor, some heart, and plenty of the sarcasm that I tend to like in my comedies, and boy, did Better Things deliver. The show is funny, sure, but what struck me the most in the first episode was how expertly Adlon, who has three daughters herself, and Better Things portrayed the complicated mother/daughter relationship.

I’m a decade out from being a teenager, and yet I still remember some of the fights that I had with my mother. Many teenagers are starting to have the body of adults (well, not me — I was a late bloomer), but yet have the brains of children, and all they want to do is assert their independence. The problem is, teenagers need their parents to do mostly everything.

In a particularly comic scene in Better Things, Sam (Adlon) and her eldest daughter, Max (Mikey Madison) are driving home from a particularly harrowing trip to buy school supplies when Max tells her mom that her friend’s mom said she would buy her daughter and her friends pot. She then asks Sam if she would also get marijuana for her. “Don’t you want me to have clean, organic pot?” she cries. It’s almost too much for Sam, who says that no, she will not get her daughter marijuana (she doesn’t know where to go, anyway), and she implores Max to hide more things from her, because smoking marijuana and experimenting is normal teen behavior, but Max should “be a little ashamed of it.”

Later, Sam is walking up the stairs when Max summons her. Screaming “what?” back and forth ends in Max saying, “Why are you mad at me?” It was a moment that turned from nothing into something, which is, from my recollection, how most fights with a parent start when you’re a teenager. It is all demilitarized very quickly, with Sam answering, “I love you, honey. What?” and then continuing on.

Later, Sam falls asleep with her youngest daughter, and Max has friends over without permission, to which Sam just rolls her eyes and walks away. Max has no idea why this is wrong, and if she does, she doesn’t seem to care — she asks her mom to make her friends food instead. The relationship of teenager and mother is full of these pushing-pulling moments — the teenager is trying to be her own person, and the mother is trying to reign it all in. Sometimes, though, it’s not worth the fight.

As a full-fledged adult now, I’m always struck by how much I didn’t know that my mother did for me. Adulthood is hard as hell, and even though I’m not a mother, I know parenthood is, too. Sam is constantly juggling on the show — as a single mom, she’s responsible for everything from homework and parent phone calls to cooking dinner and cleaning the dog’s ears out. There is no way that Max has any idea what it takes to keep a household and four lives going. She sees her mother as someone who blocks her from doing everything she wants, not the person who holds it all together. At 16, I had no idea of the behind-the-scenes machinations of my own mother. I just thought she was trying to ruin my life. If you're reading this, Mom, (and she is, because she wholeheartedly supports everything I do, and I didn't see it 'til years ago because I was once a teenage jerk), I'm sorry, and I love you.

Better Things covered all of these subtleties in a matter of 23 minutes in the premiere, so I look forward to the rest of the season — I hope the show continues to explore the relationships between Sam and her daughters, namely Max, because the relationship between mom and teenage daughter is deeply nuanced and doesn’t get enough airtime on television.