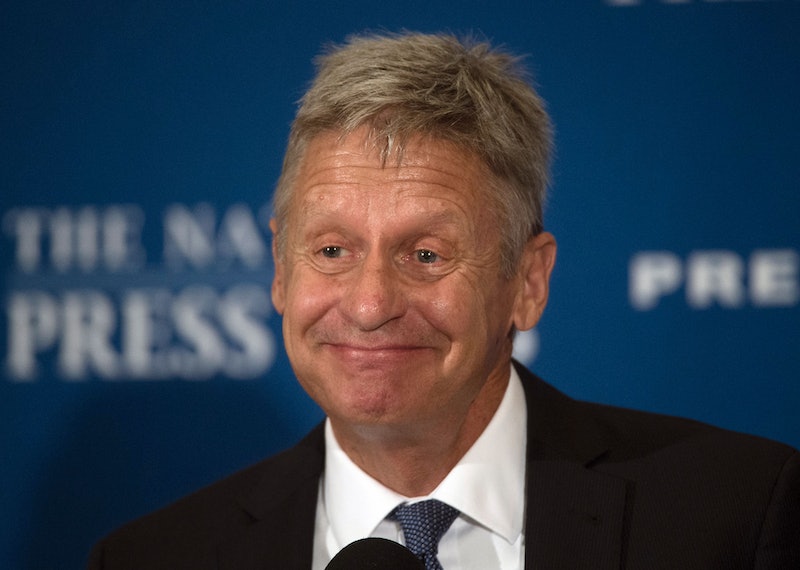 After a Morning Joe interview on Sept. 8, Libertarian presidential candidate Gary Johnson released an Aleppo statement to clarify that yes, he does know what and where Aleppo is. Johnson confused everyone when he asked, "what is Aleppo?" after panelist Mike Barnicle asked how he would handle the Syrian conflict if elected president. And for those like Johnson who don't know, Aleppo is a Syrian city that is at the center of their civil war and refugee crisis.

After reading Johnson's statement on his Aleppo gaffe, I'd like to think (as he mentions) that he is human and he probably knows what and where it is. However, it offers too weak of an answer to his big mistake, which makes me think he doesn't really know what's going on.

Johnson has earned 9 percent support in the latest polls, according to Real Clear Politics, which has put him higher than most expected for a third-party candidate. But this blatant lack of information, which was revealed during a national interview, will surely have grave implications for Johnson's campaign. He is running for president of the United States after all; he should know what Aleppo is the second anyone mentions it.

Maybe Johnson was nervous during his interview or maybe he's an ill-prepared presidential candidate. Whatever the case, Johnson quickly realized his unthinkable mistake and tried to do damage control by releasing an official statement on the matter:

This morning, I began my day by setting aside any doubt that I'm human. Yes, I understand the dynamics of the Syrian conflict — I talk about them every day. But hit with "What about Aleppo?", I was immediately thinking about an acronym, not the Syrian conflict. I blanked. It happens, and it will happen again during the course of the campaign.

Can I name every city in Syria? No. Should I have identified Aleppo? Yes. Do I understand its significance? Yes.

As Governor, there were many things I didn't know off the top of my head. But I succeeded by surrounding myself with the right people, getting to the bottom of the important issues, and making principled decisions. It worked. That is what a President must do.

That would begin, clearly, with daily security briefings that, to me, will be fundamental to the job of being President.

I'm not sure if I'm sold on the whole "not knowing things off the top of my head" when you're running for president. Sure, you can't be perfect and you won't know the perfect response to every question, but being able to identify a major city involved in a critical civil war and refugee crisis is important — especially when it affects the United States.