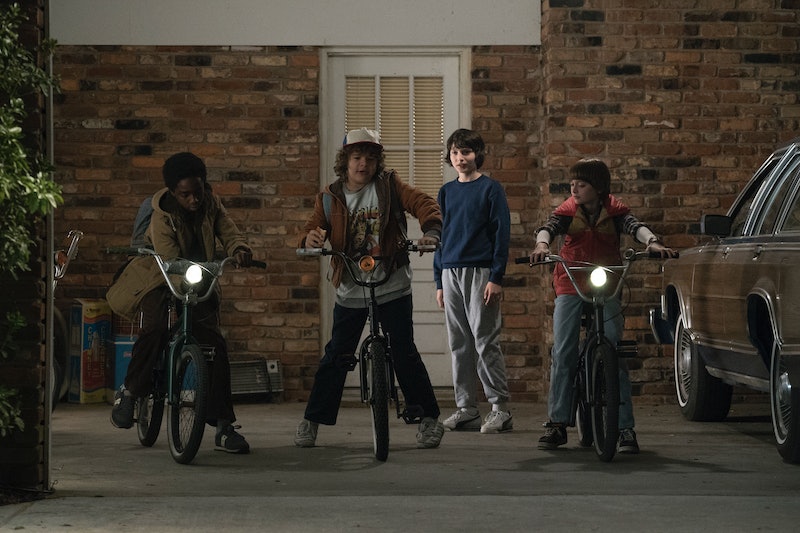 If you have not got yourself acquainted with Stranger Things on Netflix, you are really missing out on a masterful piece of entertainment. The series is a delicious mix of horror, science-fiction, and '80s movies of yore, and it does it so well. Season 1 has already been streamed and devoured by the masses and now they have officially announced a second season, so we can all continue to obsess over every detail of the first eight episodes and what every little piece of the plot could possibly mean. During our re-examination of every episode, fans have noticed that there is a certain familiar feel to the nostalgia the show brings brings, but is Stranger Things a remake of something else?

Stranger Things is definitely its own entity, but that doesn't mean that it doesn't draw some serious inspiration from some of the best that television, cinema, and true crime has had to offer. It's not always easy to take influence from beloved flicks, but, somehow, Stranger Things has been able to pay homage to them without ripping anything off or being redundant. The Introduction alone has a supremely nostalgic feel to it, but it's tough to specifically pinpoint what exactly it reminds you of.

Never fear, because I have compiled a list of some of the most obvious influences that shaped Stranger Things for your convenience.

I think one of the most obvious influences has to be E.T. The entire movie is about a group of small town kids on bikes, who hide an alien creature among them and try to make it integrate into the world. Not to mention the whole FBI connection that fits nicely into both. Stranger Things brings the best parts of the movie into the series and does it in a way that feels fresh.

One of my favorites and an obvious influence for Stranger Things. There is an obviously common thread among the visuals of four boys, who take their bikes on an adventure through forests and railroad tracks, while having hilarious (often curse-word laden) conversations and eventually coming across a dead body together. The closeness of the group of friends while they navigate the strange circumstances they have found themselves in is also a perfect representation of the '80s classic.

So, this isn't fiction, but Stranger Things can really remind me of the real life tragedy that inspired the HBO documentary, Paradise Lost. The case concerned three 8-year-old boys in Arkansas, who took off on bikes and were later found brutally murdered in a stretch of woods. The vibe is very eerily similar.

The Upside Down and the Demagorgon are very reminiscent of the world of Alien. With all of the visuals of the monster and the government testing going on, Alien is most certainly an influence.

Where are my Joss Whedon fans? Does the government agency from Stranger Things remind you a little bit of the the Initiative organization from Buffy The Vampire Slayer? The Initiative's Maggie Walsh certainly reminds me of Dr. Brenner, and the secret testing going on is super reminiscent of the things happening in Stranger Things.

Let's be honest. Eleven is a certified badass in Stranger Things and is very similar to Drew Barrymore portrayal of a young girl named Charlie McGee with telekinetic powers received through government testing on her parents. Eleven and Charlie are both taken by government entities to be used for their powers.

As you can see, Stranger Things has a lot of influences, but the show pays homage to them in a way that feels new and fresh. I am looking forward to seeing how many more influences we will be able to find in the upcoming season when it drops on Netflix.