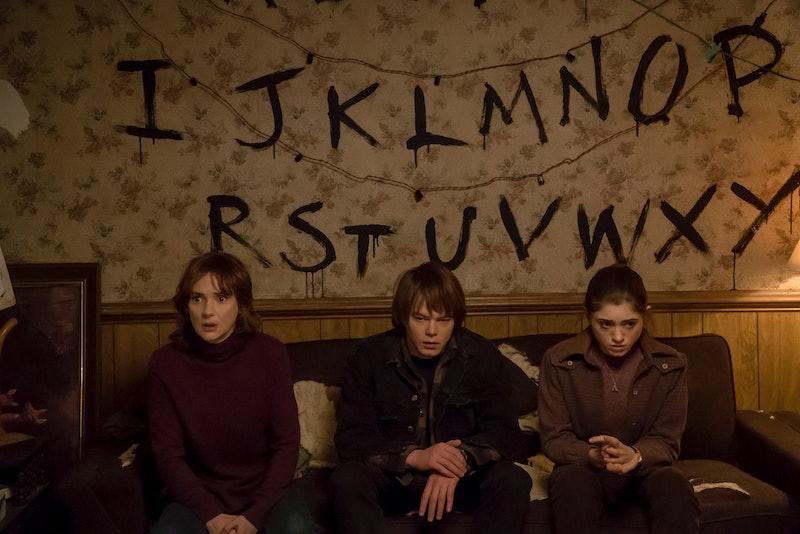 You knew it was bound to happen. You were there, finishing up the final episode of Stranger Things, when a funny sensation came over you. Dread. Anticipation. But not the good kind that you enjoyed living with while marathoning all eight episodes of Stranger Things. No, this kind of dread and anticipation only come hand-in-hand with the creeping realization that you're reaching the end of this glorious Netflix series, and you are going to have nothing to watch on Netflix. But don't fret: There are actually a lot of things to watch on Netflix when you’re done streaming Stranger Things. With its endless amount of ‘80s throwbacks and its A+ horror vibes, there are a number of television shows and movies that make the perfect chaser to this perfect series.

Of course, nothing comes quite as close to the real thing (nothing ever does) but these movies will certainly help — specially when you realize that a number of them have cinematic moments that Stranger Things draws from for inspiration. Want to fill your life with journeys via train tracks and hiding weird alien life forms from your parents? You can forever, thanks in part to these awesome movies that are pretty similar to the series you loved so hard for eight episodes straight.

So don’t even bother turning off the television, there’s no need to face that dark night alone. Just flip to the next film or show on this list and keep the creepfest going all night long.

To me, pretty much all of Stranger Things felt like one big throwback to this movie, so why not go right into the original when you’re done with the season?

What better way to cap off a series all about kids dealing with the discovery of, well, stranger things, than with this movie about boys who discover some curious creatures in all of their digging.

There’s more of the original Firestarter apparent in Stranger Things, but since that isn’t currently streaming on Netflix, we can all accept this close second of a sequel.

I know, I know: This is thematically all wrong. But, when it comes to movies about kids who seem more intelligent in some ways than their adult counterparts, this is the best one that comes to mind.

Kids can do crazy things with science. Especially in the ‘80s.

If the teenage love triangle drew you into Stranger Things, then this ‘80s cult classic will put those marquee messages to shame.

8. Back To The Future

Because it’s the closest I could come to an “alternative universe.” The future totally counts, right?

Every time Eleven did her little ESP thing, I thought about the first creepy, possessed girl in horror history.

10. We Need To Talk About Kevin

Because scary kids are the scariest kinds of people.

Aliens, alternative universes... very Stranger Things if you ask me.

When a scientist’s teleportation experiment goes wrong, he realizes he’s created a monster instead. Sound familiar?

I can’t even read those words without shuddering. If you were into the whole haunted horror element of Stranger Things, you’ll love this movie about a child whose tantrums turn terrifying.

Happy watching, friends. Or should I say horrifying watching?

More like this
20 Photos From The 'Stranger Things' Season 4 Premiere To Make You Feel Old
By Alyssa Lapid
What’s New On Netflix: A Victoria Justice Rom-Com & The Return Of David Letterman
By Arya Roshanian
What’s New On Netflix: The Return Of 'Bling Empire' & A Rebel Wilson Comedy
By Arya Roshanian
Natalia Dyer Just Revealed The Weirdest Thing About Her Charlie Heaton Romance
By Nola Ojomu
Get Even More From Bustle — Sign Up For The Newsletter