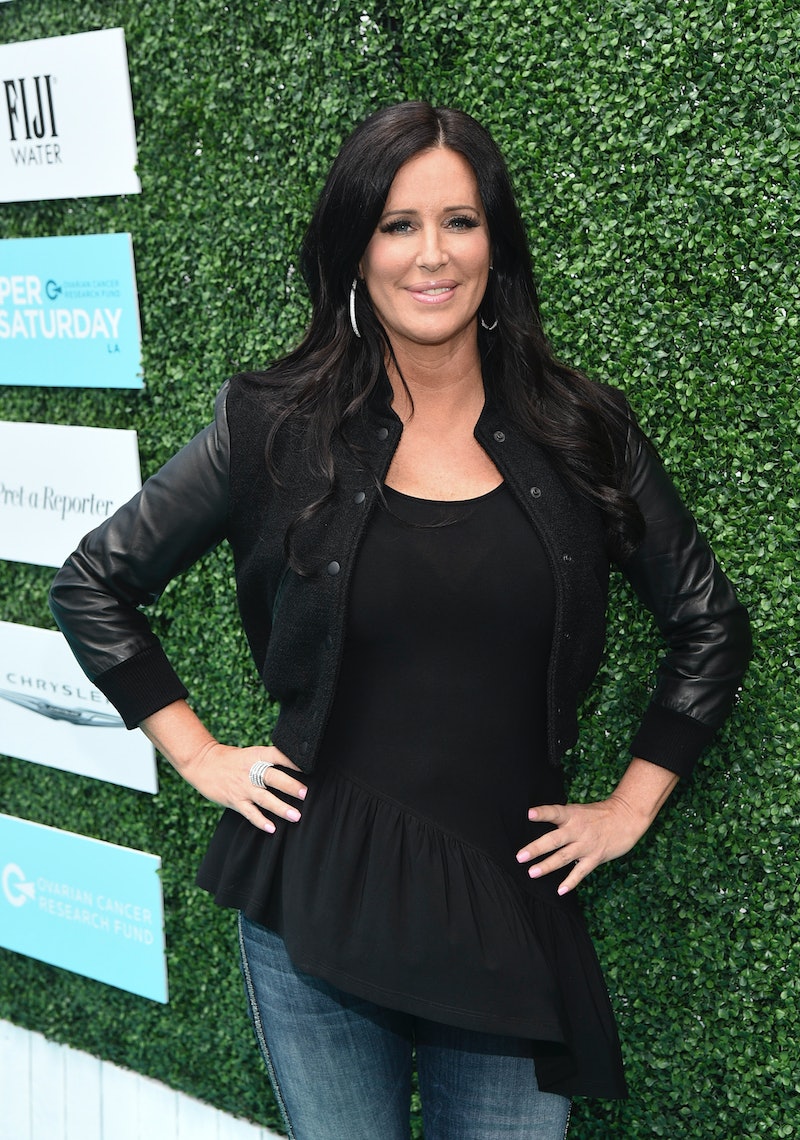 It may not be on Bravo anymore, but it feels like The Millionaire Matchmaker never left TV — and that's probably because it's been resurrected by WEtv and renamed Million Dollar Matchmaker. The sort-of spinoff of the series premiered in the summer of 2016, and featured the matchmaker herself, Patti Stanger, doing her thing and helping rich people find love. But, now that it's back and slightly rebranded, the question has become: Will Million Dollar Matchmaker now return for Season 2? And if so, how soon can audiences expect to see another crop of celebrities receive relationship advice? Well, unfortunately, WEtv hasn't made an announcement about if or when new episodes will premiere after the Season 1 finale on Sept. 9. However, I'm guessing the network likely wants to remain in the business of celebrity marital and dating problems considering the rest of their slate of programming means anything (Marriage Boot Camp, for instance), so I'm not too worried about a renewal. But, even if the show is renewed, more episodes probably won't be coming anytime soon — hopefully they'll premiere next summer — so how can you get your fix of the show? I think I have an answer.

The star of Million Dollar Matchmaker isn't the couples, it's the titular matchmaker, Stanger, who got her start on Bravo's The Millionaire Matchmaker. Stanger is a total ball buster who became famous because her advice was delivered with incredible confidence and a loud, New Jersey accent that was able to browbeat even Los Angeles' smarmiest millionaire clients into acquiescence. And in the absence of future episodes, she's been dosing out more romantic advice on Twitter — check it out if you're missing her signature voice.

What Type Of Gifts You Should Buy

Stanger has always been in favor of her clients getting their dates some kind of gift, but cautions them away from buying too much too soon. However, when it comes to relationships, clearly she thinks that getting an expensive, very extravagant gift should be regular for someone in a relationship.

How To Tell When A Couple Is "Faking It"

According to Stanger, Bachelor in Paradise Season 3 may have been filled with couples who were making huge mistakes. In an interview with Wetpaint, she claimed that "I know that Carly is just faking it so she has a rose for the entire season." Clearly, the matchmaker believes there are some things that her profession makes obvious. If you watch couples day in and day out, you must get a sixth sense about these things.

There's a lot of ways to use your phone to date, but Stanger strongly seems to endorse Bumble. Why? It allows clients to be choosier, and that's what she's all about. Also, surprisingly she doesn't say that the only way to find love is by paying for the services of a matchmaker, either

When To Fall In Love With A Millionaire

Have you been waiting for your chance to date someone way wealthier than you are? Stanger's advice from her blog says it's easier to date a millionaire in summer because people spend more time outside, rather than cooped up in their ski chalet or vacationing in the Caribbean.

Welp, if you've ever wondered what Stanger thinks makes for a good sex life, now you know, thanks to Anna Faris.

She Believes In Soulmates

I have to say, this one surprised me a little bit. Stanger can be so unfailingly pragmatic in her dating advice that I almost expected that she would say to give up looking for a soulmate and settle for anyone who's willing to offer an engagement ring. But I guess Stanger's romantic side really does exist.

Hopefully, we'll know for sure if the series will return or not.