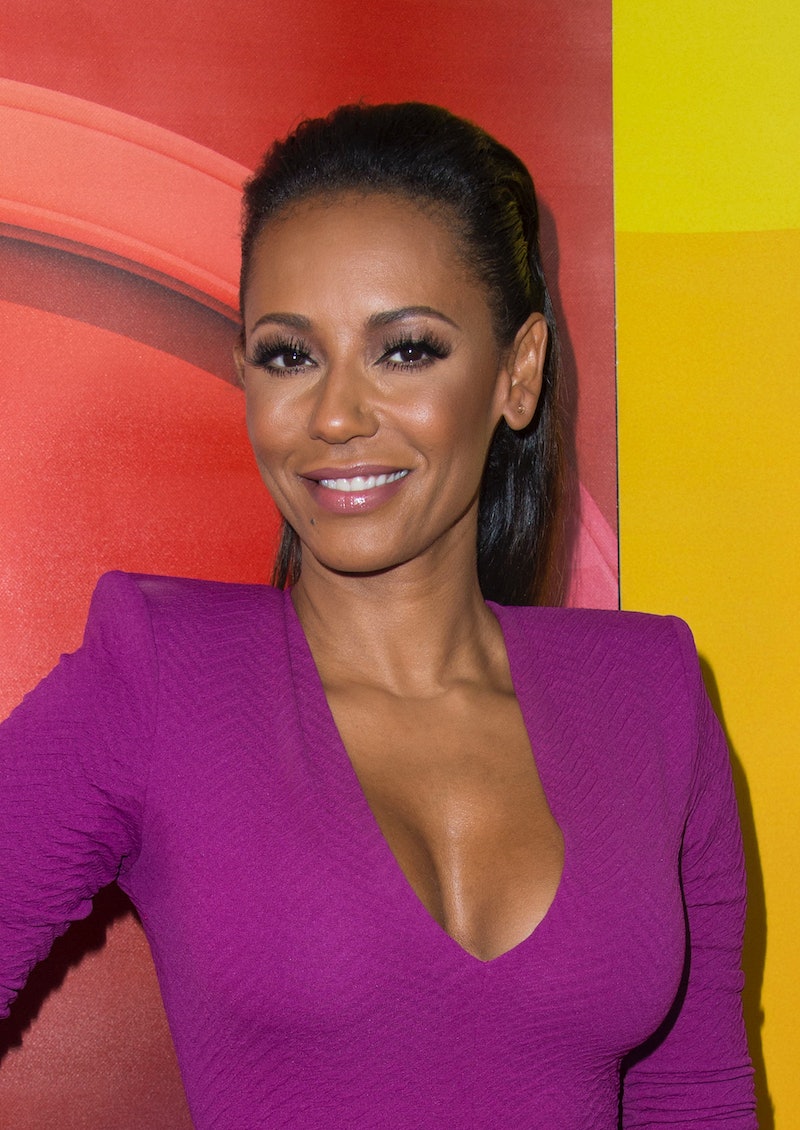 Spice Girls fans, gather round, because I'm about to tell you something that you really, really want... to hear. During a Thursday appearance on The Late Late Show with James Corden, Melanie Brown confirmed a Spice Girls reunion in celebration of the 20th anniversary of the release of their first album, Spice. After a lot teasing and speculation, it is finally official. Like every other fan who's been dying to hear some type of confirmation about a reunion, Corden pushed Brown, aka Scary Spice, for details and she said, "We are going to do something us three. We're going to perform and celebrate together for the people."

By "us three," Brown is referring to the fact that the reunion will only include herself, Geri "Ginger Spice" Halliwell," and Emma "Baby Spice" Bunton. Unfortunately, Melanie "Sporty Spice" Chisholm and Victoria "Posh Spice" Beckham won't be joining them. After the America's Got Talent judge joked with Corden that "the other two b*tches didn't want to do it!" she said, "You know Victoria is busy with her great fashion line and Mel C is doing her own album, so they gracefully said, 'You three go ahead and do it.'" She continued, "We're girl power. We support each other."

Chisholm previously revealed in a letter with U.K.'s Love Magazine that she had no desire to do a Spice Girls reunion. She also mentioned how Beckham chose not to participate due to her fashion empire and because she has such a big family. Chisholm explained,

Truth be told, earlier this year after several face-to-face meetings with the girls I made the difficult decision not to be part of a proposed reunion with Emma, Geri and Melanie. Victoria had already bowed out understandably with the demands of her fashion label and her rather large family. The hardest part for me was letting people down, the girls, the fans, civilisation?! Unfortunately something didn’t feel quite right and I had to follow my gut.

Despite Chisholm and Beckham sitting this one out, it's still exciting that three of the five Spice Girls are reuniting. It's better than nothing, right? Plus, they could always "replace" the two of them, right? Corden suggested just that to Brown, though she said that probably won't happen, but she would definitely love to bring people up on stage to join them. Corden also said that Adele, who fantastically covered "Wannabe" during her Carpool Karaoke segment, would be a great addition. Can you imagine if Adele made a surprise appearance at the Spice Girls reunion? Fans would lose their minds. Let's just hope it becomes a reality.

So, where and when is the reunion happening? Well, Brown remained pretty tight-lipped regarding details, but she did hint at some type of tour. "Well, I think because we're a British band, we're probably gonna start in London and then work our way around and see wherever else wants to see it," she dished. That definitely sounds like a mini-tour, doesn't it?

Now that the reunion is confirmed, I'm sure more details will come to light as time goes on. With that, you better get out all of your old Spice Girls CDs and dust off your platforms, because you're going to need them very soon.