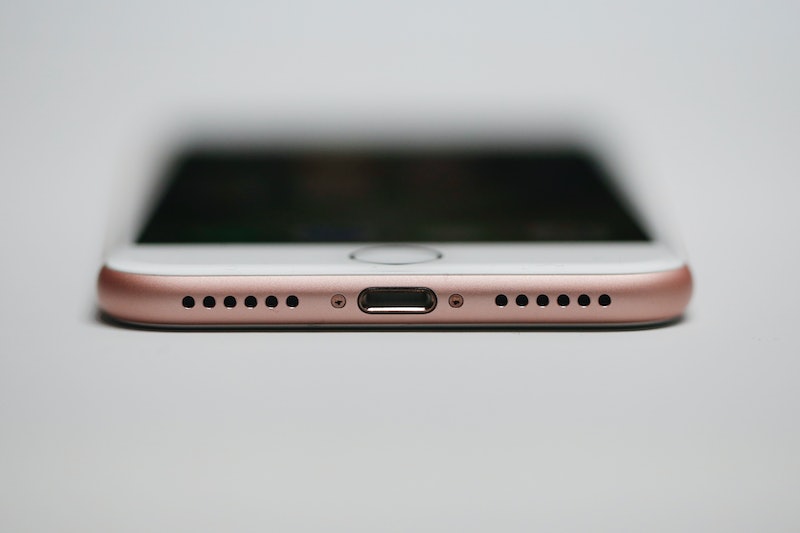 Undoubtedly, one of the most exciting parts of the upcoming iOS 10 release will be the ability to use Bubble Effects. Of those Bubble Effects, the "invisible ink" option is almost certainly the snazziest one — which means that many of us are currently wondering exactly how to use invisible ink in iOS 10. I mean, sure, we’ve got plenty of ways to send stealthy text messages between now and the Sept. 13 release date of iOS 10… but I like to be prepared, you know?

iOS 10’s Bubble Effects are intended to allow users more creativity in how they express themselves over Messages, Apple’s text messaging app. Now, instead of being limited solely to GIFs, emoji, and basic punctuation, we’ll be able to Slam a message down on the screen, say it Loud and proud, send it out with a Gentle whisper, and make it sneaky with the digital version of Invisible Ink (which overlays your message with swirling dots, only allowing it to be read when it's swiped across). We’ve known about these upcoming features for a while — iOS 10 has been in public beta since July — but after Wednesday’s keynote presentation, we finally learned when the features will be ours at last: iOS 10 will debut on Sept. 13.

And here’s the step-by-step for using invisible ink:

Or select a photo for it. Whatever you want to send, get that going, but don’t press “send” yet.

2. Press And Hold The “Send” Button

This part is very important. You can’t just tap the “send” button (which, in iOS 10, looks like an upward-pointing arrow); that’ll send the message to its intended recipient as is. Instead, press down on the “send” button and hold it. That’ll bring you to the Bubble Effects menu.

In the beta of iOS 10, it’s the last option on the list of four Bubble Effects you can pick.

4. Tap The “Send” Button Next To The “Invisible Ink” Option

Again, it looks like an upward-facing arrow. This time, tap it. That will send the message you’d previously typed with the invisible ink Bubble Effect overlaid on top of it, like so:

5. To Read An Invisible Ink Message, Swipe Across The Message With Your Finger

If you’re on the receiving end of an invisible ink message, swiping it will reveal what’s hidden beneath all those swirly dots. The message doesn’t stay visible for long, though, so you might have to keep swiping if you want to continue seeing it.

And voilà! A text message which cannot be read over your shoulder by anyone who's sticking their nose where it doesn't belong. May you always text in peace, my friends.