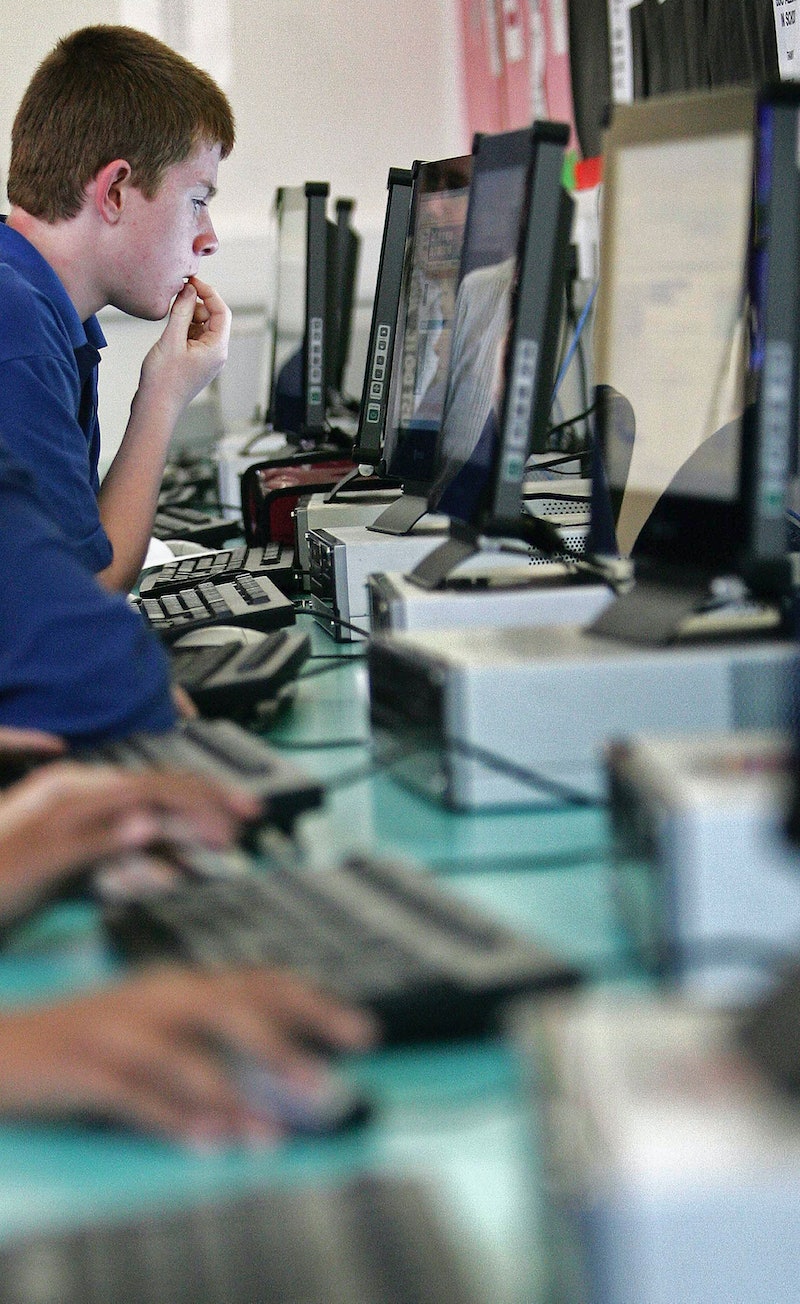 In Iowa, the state legislature passed an anti-bullying measure in 2007, making it one of 49 states that have passed such laws. A new study published in the journal Injury Epidemiology examined the impact of the Iowa law by comparing data from Iowa students in 2005 (before the law was passed), 2008, and 2010. The researchers found that, overall, the apparent rate of bullying increased in 2008 — the year after the law was passed — possibly due to the fact that bullying was better reported as a result of the new policies. By 2010, however, most forms of bullying had declined — except for cyberbullying.

Like relational, verbal, and physical bullying, the apparent rate of cyberbullying also increased in 2008 as compared to 2005, but while the rest went back down, cyberbullying didn't. In fact, the rate of cyberbullying seemed to be slightly higher in 2010 than it was in 2008, though the researchers note that the increase was not statistically significant.

Still, it seems that even otherwise effective programs have a hard time cracking down on cyberbullying.

The study concludes that Iowa's "socioecological approach" to bullying, which relies on community strategies such as teacher interventions, is highly effective for most forms of bullying. But it's hard to figure out how to take the same approach to an environment that isn't limited and well-defined like a school, but is rather open and expansive like the internet. After all, numerous studies have found that harassment is rampant online. So if a socioecological approach really is the way to shut down bullies, it's hard to imagine an effective way to do that so long as harassment remains an internet-wide problem.

Plus, as the researchers note, targeted strategies for specific sites or social media platforms are likely to become obsolete very quickly. It's hard for the teachers and administrators — let alone the law — to keep up.

Overall, the study is hopeful — after all, most forms of bullying did decline in Iowa. But it also shows that when it comes to cyberbullying, we can't rely on strategies that are effective elsewhere.