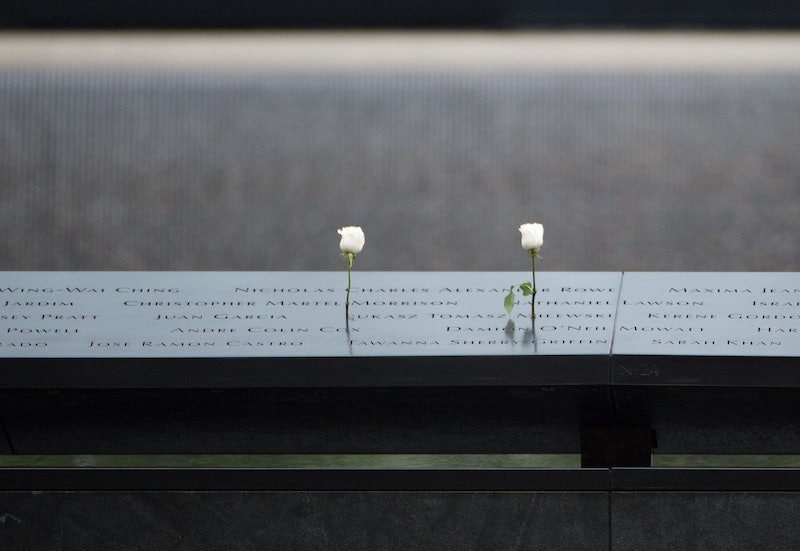 Where were you when the world stopped turning? It's more than a line from a Grammy-winning country song; it's a loaded question that can evoke dismal memories. On the 15th anniversary of the September 11, 2001 terrorist attacks in the U.S., #WhereWereYou tweets about 9/11 gave mourners an outlet to share their personal stories from one of the darkest days in recent American history.

Most Americans who are old enough to remember that day in 2001 likely has a vivid memory, which probably begins sometime in the morning when news of the tragedy broke. I was in third grade in Virginia Beach, Virginia, when my teacher got a phone call that visibly disturbed her. She turned on the TV and began to cry, as school administrators announced that the building would be under lockdown for the rest of the day. Students had lunches brought to them so that the hallways could remain clear, and most of us were picked up early by our parents.

My story isn't unique, and I'm fortunate enough to have experienced that day without many of the scars that others have had to deal with in the past 15 years. There are much more graphic, much more heartbreaking stories out there from 9/11. But no matter the story, even the most chilling #WhereWereYou tweets show that we are all connected by that single day and we are all still raw from the tragedy.

From these stories and countless others, it's clear that some emotions were universal on 9/11. Disbelief, fear, and confusion filled the country. Now, 15 years later, we know that it wasn't just a movie and it wasn't just an accident, but the emotions remain raw and universal nonetheless.

More like this
What Is Happening With Sheku Bayoh’s Case?
By Sophie McEvoy
The Most Powerful Photos From The Weekend’s Abortion Rights Protests
By Melanie Mignucci
American Girl Doll Memes Are Going Viral On Instagram & Tiktok
By Emma Carey
S Club 7’s Jon Lee Continues To Reach For The Stars
By Rachel Mantock
Get Even More From Bustle — Sign Up For The Newsletter