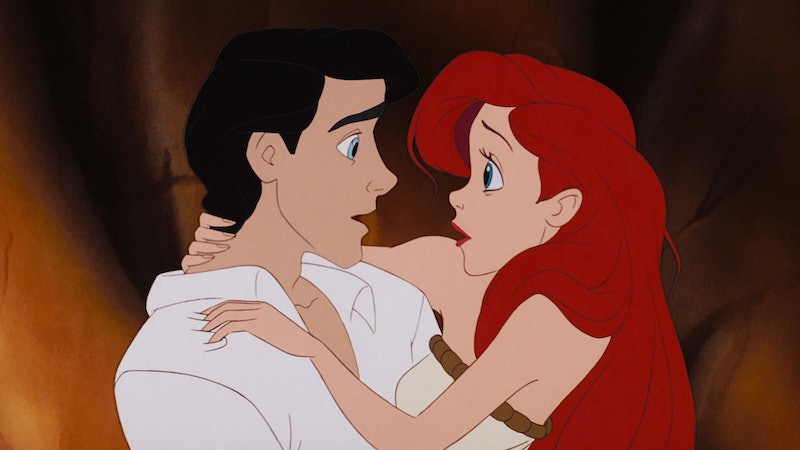 The '90s were a magical time and, as with all magical things, they were sometimes shrouded in mystery. And since we didn't have the technology we do now that enables us to Google pretty much any question in the universe and get an answer back in .25 seconds, there are some mysteries from the '90s that remain unanswered to this day. Theories have emerged, sure, but the truth will perhaps always be buried somewhere in the past. Probably right next to our massive stockpile of scrunch socks.

Don't get me wrong — I adored the '90s. I'm not trying to knock the decade in which I spent my rather wonderful formative years. I'm just saying that there were some things we experienced during that time we were totally fine with not knowing the answer to. At that time, that is. I think we all assumed that at some point we would find out, and all would be right with the world. But then we grew up and temporarily forgot how gosh-darn perplexing big chunks of our childhood were.

Thankfully for everyone, the '90s are experiencing a huge revival. Thus, we get to once again expend some of our collective mental energy pondering the answers to these unsolved queries of old.

1. Why Didn't Wilson Ever Show His Face?

I get it; it was a shtick on Home Improvement. But if I had a neighbor who never showed his face in the entire eight years I lived next to him, I'd be worried he was wearing a sawed-off Jason mask over his mouth or something.

2. Could Rose Have Saved Jack?

If you want to start a debate, just ask this question around the water cooler on Monday morning! In 2012, Smithsonian Magazine claimed that Jack and Rose could both have fit on the raft. Still, sources vary, with some contending the raft would most certainly have sunk. But, like, inquiring minds really need to know ... isn't there something Rose could have done?!

Listen, you guys, if I were to take Urban Dictionary at face value on this one, I'd have to concede that the Spice Girls were singing about the big O (if you catch my drift) in their hit "Wannabe." Which would be weird, given how young we were when we were bee-boppin' around singing it.

5. Where Did Barbie Find The Time For So Many Hobbies and Degrees?

I barely mastered crimping my hair in the '90s, yet Barbie was a jack of all trades. She was an Olympic gymnast, a mermaid, an equestrian, a teacher, a WNBA player ... where did she find the time? And can I have some of it?

6. Why Couldn't Anyone Ever Build The Shrine of the Silver Monkey?

For the love of all things '90s, people, it was THREE PUZZLE PIECES.

7. How Did Carrie Bradshaw Afford All Those Manolos?

Granted, I am not a columnist in New York City... but still. I think most writers have generally debunked the idea that pre-book author Carrie's sex column in the Star — or even her work with Vogue — could afford her the massive amount of Manolos and other designer shoes she loved so much.

8. Couldn't That Silly Rabbit Just Have Some Trix?

Was he allergic? Would he have gone into anaphylaxis shock if he'd eaten a bowl of that fruity breakfast goodness? No? Well, then those kids in the commercials were just being rude.

9. What Was The Deal With Those Rumors About Britney and Justin?

Shortly after Britney Spears and Justin Timberlake broke up in 2002, rumors began to swirl that infidelity was at the root of the split. When Timberlake released the biting song "Cry Me a River" that year, it only fueled the theory. A college student named Tom Witchey came forward in 2004 to claim his one-night stand with the singer caused the split; however, Spears never publicly addressed or confirmed any affair. Then in 2012, Timberlake and his producer Timbaland confirmed Spears had inspired "Cry Me a River." So, basically, we still have no clue what went down, other than the fact our favorite patch-work denim pop couple went kaput.

10. Why Didn’t Ariel Just Write A Note To Eric Explaining The Whole Thing?

While The Little Mermaid came out in '89, I think it's fair for '90s kids to claim this Disney classic. We watched in on loop for most of the decade, so IT'S OURS. But as much as love this oceanic tale, we've always had trouble reconciling why Ariel didn't just make some frickin' cue cards for Eric so the two could actually communicate. I mean, for a mermaid, she has excellent penmanship — which we know from her fateful contract signature.